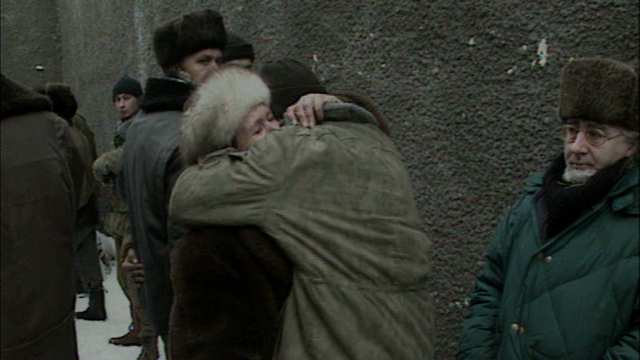 With mothers leaving their homes in search of their sons, and news broadcasters splitting from government rhetoric, Russia's war with Chechnya is becoming even more divisive.

Russia's war with Chechnya is grossly unpopular. Mothers have no idea where their sons are; people's homes have been destroyed; a news station is risking losing their licence by reporting independently of the government line. While politicians continue to back the war, apathy towards both sides is growing. ABC Australia reports on the human impact of the war, as people take action into their own hands, Produced by ABC Australia
FULL SYNOPSIS
TRANSCRIPT