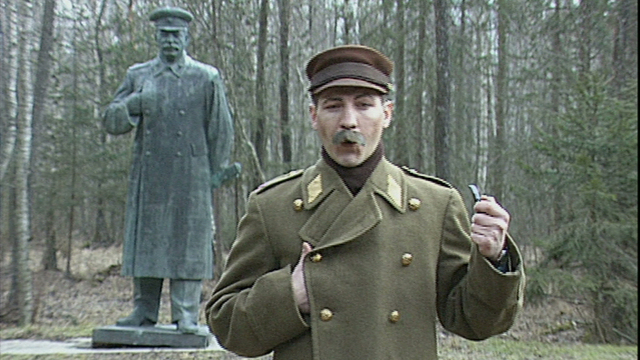 In a country where ¼ of the population was deported to the Gulag many visitors agree that “people survived that era by having such humour” - and this tongue-in-cheek park proves it.

From an expostulating Lenin to a singing Stalin, this place has it all. One mushroom-businessman-turned-theme-park-entrepreneur has realised his dream, dredging up discarded statues from Lithuania's era of Communism, and displaying them for all to see - along with actors, sketches, and anything else that undermines the past leaders' authority. Although some feel it is unnecessarily reliving a tragic age best left untouched, others see it as a coping mechanism, and proof that the people of Lithuania have survived to laugh another day. Produced by ABC Australia
FULL SYNOPSIS
TRANSCRIPT