Moroccans risk their lives to get to Spain 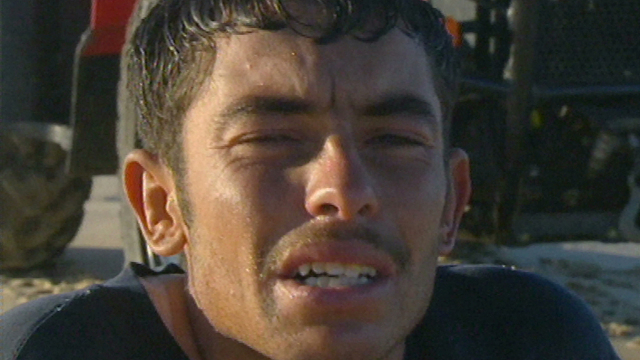 ABC Australia looks at the immigration of Moroccans into Spain and examines why Europe is so keen to repatriate immigrants when it needs to import 1.6 million people before 2050.

ABC Australia arrived in Spain after the biggest single day's round-up on record. About 450 of those arrested were Moroccan men trying to land on the southern Spanish coast near Tarifa. It's a popular tourist spot for wealthy Europeans, and it's also notorious for the swollen corpses that regularly wash up on the beach or are found floating nearby. The Red Cross surveillance team tracks a leaky rubber dinghy as it struggles to the shore, swamped by waves with up to 70 Moroccans packed in. When they eventually wash up on the beach everyone dashes out to head for the hills. One man is left dead, covered with petrol burns, at the bottom of the vessel. They are trying to evade being repatriated; 5,000 were sent home to Morocco last year. The only winners in this are the various mafia groups involved in this new illegal trade. Individuals pay $5000 to be 'helped' by the people smugglers. Some are even given mobile phones which they unwrap from waterproof tape on arrival, Spanish sim cards already installed. Moroccans can easily be repatriated, but black asylum seekers from more distant destinations have no need to run. It is too expensive for them to be sent home. Instead they are dumped on the streets with no money, no papers and no rights, and ordered to leave within forty days. None do; they are here to find work, and there is demand, albeit illegal. This is the irony - Europe has a shortage of labourers and an ageing population, yet we are letting willing workers die on our doorstep. According to UN figures, to keep its working-age population stable between now and 2050, the EU would need to import 1.6 million people. Produced by ABC Australia
FULL SYNOPSIS
TRANSCRIPT