We look back on Russia's disastrous attempt to invade Afghanistan in the 1980s. Are there any lessons to be learnt from the Soviet experience? 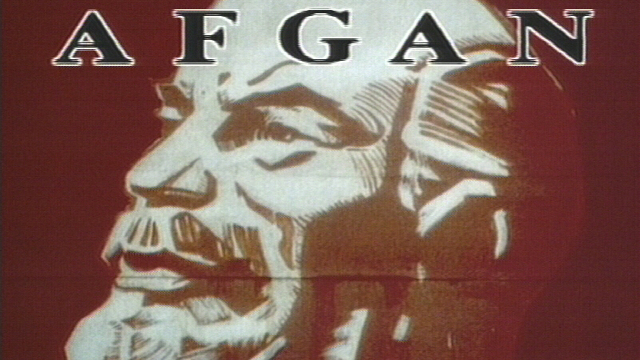 During the 1980s Russia fought a disastrous war in Afghanistan. Here we offer the definitive documentary on the war, and ask if there are any lessons to be learnt from the Soviet experience.


"This film is an experience in Glasnost". With these words General Serebrov, the highest ranking Soviet political officer in Afghanistan, granted Director Jeff B Harmon and Cameraman Alexander Lindsay the unprecedented access necessary to make Afgan. Made back in 1989, the film considers the Russian-Afghan war from the point of view of the invaders, showing the conflict through the eyes of ordinary Soviet soldiers and officers on the front line. For four months, Harmon and Lindsay travelled with various Soviet military units throughout Afghanistan. They filmed helicopter gunship missions with the Air Assault Unit, patrolled the Salang Highway from Kabul to the Soviet border with the military police, and searched for guerrilla caravans with the Spetsnaz - the most elite and secretive unit in the Soviet armed forces, never before filmed by a Western crew. They took the same risks as the Soviet soldiers they filmed, and once came within inches of death as the tank they were travelling in was narrowly missed by an enemy missile. The result is a frank and riveting film which often parallels the involvement of American soldiers in Vietnam. Candid portraits of fighters in the field reveal the reality of the Soviet experience in Afghanistan. Morale is clearly at a low, and soldiers talk openly about their disillusionment with the war and the emotional strains it places upon them. "There's nothing good about Afghanistan. There's nothing good I can say. I've served for two years and still I don't understand a thing" tells one soldier who was shot at point-blank range by Muslim Tajiks, supposedly their allies. "The sooner they send us home, the better" says another. This piece offers powerful Images of Russia's military involvement in Afghanistan. We see Soviet military airfields, travel in helicopters over the harsh, mountainous terrain of Afghanistan, and witness Russian air strikes and ground assaults on the enemy. During the tank drive along the "Road of Life" from the Soviet border to Kabul, we pass alternately through scenes depicting the beauty of the surroundings and the destruction of war. The involvement of the Soviet army in Afghanistan poses serious questions about current American action. The Afghans have been a notoriously difficult people to subdue, as the Russians discovered to their cost. Will sending ground troops into the country in the name of an anti-terrorist "crusade" ignite another ten year war between the Afghan people and their foreign invaders? Can the Soviet experience teach us anything about this rugged, war-torn country? As the film closes, the words of one Russian soldier remain echoing in our ears: "This is their country. They can sort themselves out. Our presence here can be considered a mistake." Afgan is a historical but nonetheless pertinent piece, offering unprecedented footage of Afghanistan's uncompromising terrain and a disastrous attempt at conquering it. Produced by Duce Films
FULL SYNOPSIS