Was the Israeli PM responsible for massacres in Beirut? 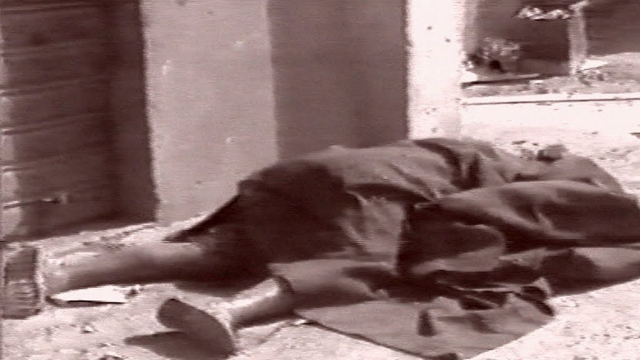 We explore new revelations that Sharon's forces may have directly sent many more Palestinians to their deaths the day after the Sabra and Chatila massacre.

We see exclusive footage from the day after the massacre - an extraordinary line of Palestinian prisoners waiting to be interrogated. We hear eyewitness testimony which suggests that some Palestinians brought to the stadium were never seen again. Sana Mahmoud Sersawi lost her husband: "We went into the stadium and then never saw them again. That was 19 years ago. No-one talks about them. No-one knows about them. No-one knows whether they are alive or dead." Siham Balqees, is filmed at the time arguing with the Israelis. Now she testifies. "I saw them putting the other men in the trucks and in the military cars and they told them: 'We are going to give you to the Lebanese Forces!'" An Israeli state enquiry, the Kahan Commission, found Lebanese Forces militia were responsible and that Sharon as defence minister bore "personal responsibility." He resigned his portfolio, but stayed in the cabinet. To this day, both crimes remain unpunished. In January a Belgian appeals court will decide whether Sharon can be prosecuted for the massacre. Belgian law allows courts to try foreigners for war crimes committed on foreign soil. Chibli Mallat is a Lebanese lawyer who represents 23 Palestinians who lost relatives in the massacre and he believes they have discovered shocking new evidence of Israel's further involvement. Produced by Julie Flint
FULL SYNOPSIS
TRANSCRIPT