Domestic violence is an endemic problem for Aboriginal women in Australia 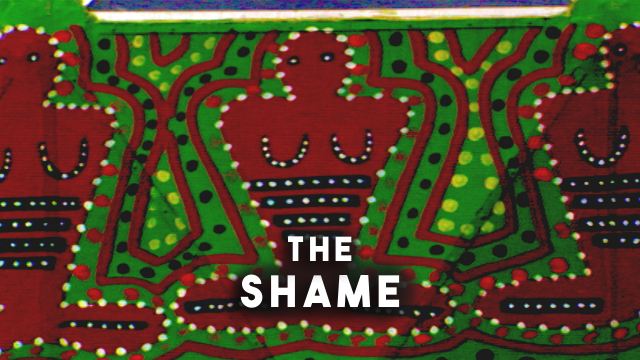 Aboriginal women are 15 times more likely than other women to be hospitalised as a result of domestic violence. In light of such statistics, we travel to outback Australia to examine the epidemic of violence in indigenous populations, and question the extent to which local communities and governments are seeking effective solutions.

It's the Kimberly Rodeo in Halls Creek, North Western Australia. It's around 8pm and the partying and drinking has started down at the rodeo concert. But it's a different scene over at the Halls Creek Safe House. Already, 4 women have booked themselves in for the night. Sarah Lee and her daughter have both been assaulted by their husbands before, and with the rodeo on they know there will be drinking. They're taking no chances. The doors are locked, the house is behind high walls and the corridors are barred. Rosemary came in at 8.30pm. She was here for one night a week ago, after her husband bashed her on the head. The day after she left the safe house, he broke her arm. By the end of the night, 17 women have sort refuge in the safe house. One woman has been flown in from the remote Aboriginal community of Balgo, in fear of her life. In the past, her husband has burned her with a fire stick down one side of her body, giving her second and third degree burns. None of the women have pressed charges. "Because they are isolated, some of them are bound by cultural values. Because of the nature of their marriage laws, when they go for help, they are told, 'Honour thy husband'", comments Carol Martin, State MP for Kimberley. Society is governed by traditional values and rules. Young men all go through an important cultural ritual to become a man, and this gives them standing and authority. The Aboriginal women tell us that once they are men, they think they can do whatever they like - including using their authority to be violent to a women. "The sentences given out to Aboriginal men committing serious offences against Aboriginal women are much lower than sentences given to other people in the community. The thinking probably comes from the Royal Commission into Aboriginal deaths in custody, about keeping Aboriginal men out of the criminal justice system", observes Jane Lloyd from the NPY domestic Violence Unit. There are few police in Kimberley at the Rodeo, but even if a women does end up hurt, the chances are that she would hide it from the police because of fear of retribution. They think: "He might start doing something bad to me if I tell the police" says Patricia Lee. There are others however who are fighting the trend. During filming, Jane Lloyd receives a call from the police, telling her a court has released the husband of one of her clients on a suspected sentence and a good behaviour bond. The man had previously served 6 months for slashing his wife's leg open with a knife in front of her class at school. Her frustration is clear: "How can we continue to try and engage women in taking this path and using the criminal justice system to protect themselves, when it fails them - when it releases these blokes regardless?" It is hard to avoid the conclusion that there is no effective sanction to control the violence that women here endure. While the problem of domestic violence is now a public one, child sexual abuse has remained largely undisclosed, undetected and under-reported. It's a key concern for Aboriginal leaders, with evidence suggesting sexual abuse may be driving high rates of suicide amongst teenagers. The incidence of child sexual abuse appears to be horrific. We obtain previously unpublished data showing unusually high rates of sexually transmitted diseases among Aboriginal children. As one women elder asks "Who's going to be our next generation?" The question now is how to tackle the crisis. "If you want to destroy Aboriginal societies, we're doing it ourselves by virtue of the violence and the drugs and the alcohol and the abuse of cultural position and knowledge. If we continue to do that, then we don't need the Western society to destroy us", warns Aboriginal leader Patrick Dodson. Should the wider community get involved, or is this interfering in the traditional values of indigenous populations? Produced by ABC Australia
FULL SYNOPSIS
TRANSCRIPT