Phoenix from the Flames

Kuwait rises from the ashes 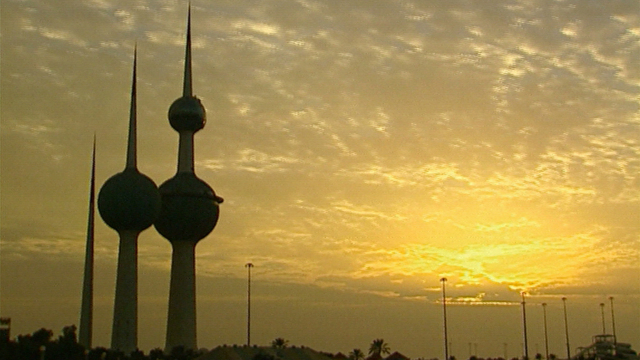 We explore changes to Kuwaiti life over the past decade - from the Iraqi invasion through to the threat posed by Saddam. We also look at the impact of September 11 on this westernised Muslim state.

Deputy Premier Sheikh Al-Sabah states: "Liberating Kuwait brought us closer to the West. They have very advanced political systems, and we are aiming to reach their standard". A relatively free press and a homogeneous religious mix mark one of the more liberal countries in the Middle East. But deeply entrenched traditions are sometimes in conflict with the drive for modernity. "People of Kuwait are open, they travel... but after a while most of them return to their Islamic traditions", confesses the Minister of Justice. And in the wake of September 11th, Kuwait is still unnerved by both Islamic factions within the country, and her seemingly bellicose neighbour to the North. "Security, security, security. The security is a very important issue in the mind of the government", says one MP. Kuwait welcomes an increased American presence in the area, but there are still doubts as to whether Kuwait can happily marry western influence with Islamic tradition. Journeyman Pictures
FULL SYNOPSIS
TRANSCRIPT