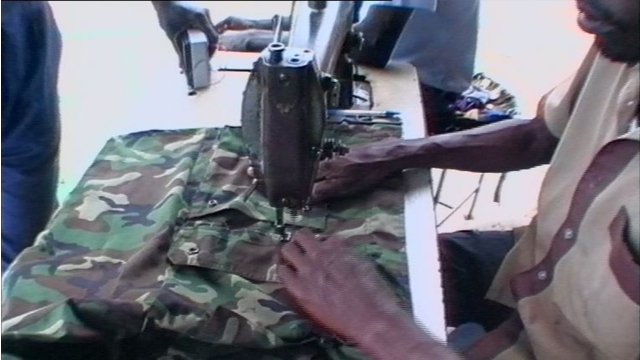 Sudan's government is anxious to attract foreign investment now that war appears to be coming to a close, but there are concerns over the way it is treating its citizens. 'Peace from within' policies have put heavy constraints on personal freedom, a police state ruling over the populace and controlling the media.

Sudanese troops are confident that war with southern rebels is coming to an end, but others fear a new battle is on the horizon - one against religious persecution. With a Muslim majority, Christians and animists have found themselves pressurised to convert to Islam, with certain privileges unavailable for non-Muslims. For instance, refugees in one of the many camps across the country claim that only Muslims are offered food. But aside from this, the oil-rich Nuba mountain area are now safer than for many years. We go into this previously closed area, never before filmed from the government side. The government continues resettling Nubans from the mountain villages in 'Peace Camps' - new villages surrounded by army camps. Government officials insist the relocations are for the safety of the Nuba people who, they say, are at risk from the SPLA. Pictures and interviews with Nubans clearly contradict the government line. 1993 footage shows destroyed Nuba mountain villages allegedly destroyed by government troops and a church burned down with the congregation inside. The Popular Defence Force parades for our camera - they are allegedly responsible for excesses in the region.
FULL SYNOPSIS
TRANSCRIPT