Can lawyer save a mother sentenced to be stoned to death? 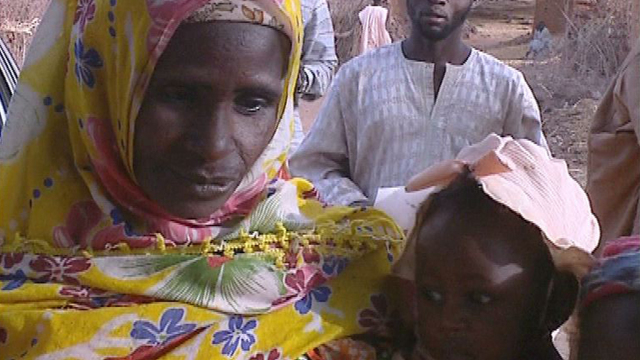 Handed in by her own brother, Safiya has been sentenced to be stoned to death for having a child out of wedlock. She is appealing on the grounds that her former husband is the child's father, even though they divorced 7 years ago.

Sharia law was recently introduced in Safiya's village, and the reception to it has been varied. We travel with lawyer Hauwa Ibrahim to visit the new mother who is fighting to have her death sentence repealed. But it seems that even her own family do not support her appeal. "If the conditions of the Sharia are fulfilled then it is right that the adulteresses be sentenced to death by stoning," says her brother Mohammad, who handed Safiya over to the police. Judge Mohammad Bello who convicted Safiya, describes the harsh punishment that faces her; "A hole is dug and the convicted is buried up to the waist. The people are called for the stoning and they throw until the person is dead". Stoning is not mentioned in the Koran as a specific form of punishment, but "Mohammad practised this form of punishment," he explains. Although European leaders have called on the courts to throw out the ruling, will Allah's Will really lead to Safiya being stoned?
FULL SYNOPSIS
TRANSCRIPT