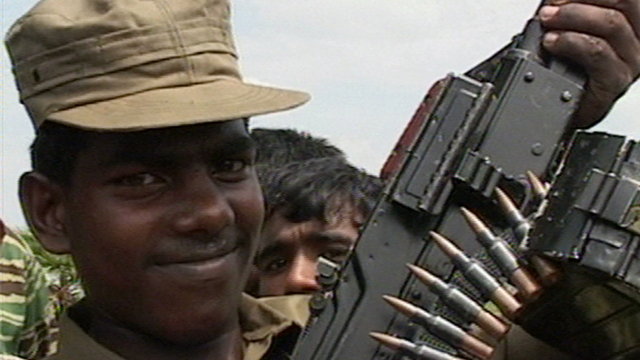 Row upon row of makeshift graves at the crematorium in Puthukudiyirrppu are proof of the bloody nature of the war here. For the last decade, the Tigers have waged a battle with the government for a separate Tamil state. The reality of years of isolation in Tamil - controlled territory is that "almost two states within a state" have been created. Two decades of tireless fighting has left a population without food, medicine, fuel or education. Whilst the Tiger guerrillas' military exploits are generally applauded, their attempts at civil society are not. This archive report profiles the political situation and offers a rare glimpse into the Tiger stronghold of Vanni. Produced by SBS Australia
FULL SYNOPSIS
TRANSCRIPT