The Rise and Rise of the Party of God 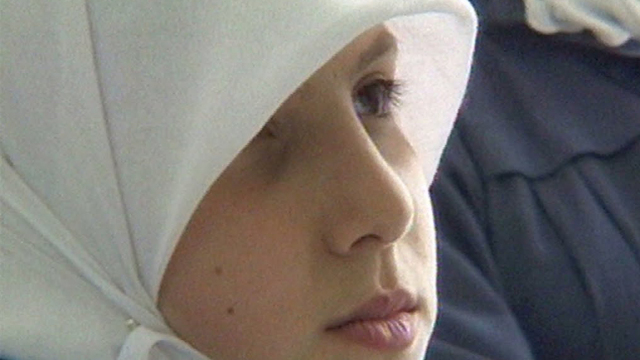 Hezbollah have carved themselves a niche as a major poltical force in Lebanon. They provide education and health facilities, and Hezbollah TV has led to a flurry of recruits.

A slick propaganda advert lines an Israeli leader up against Hitler. ‘Same Hatred, Same Racism, Same Criminality’ read the subtitles. Half the airtime on Hezbollah owned satellite channel ‘al Manar’ is given over to showing propaganda films and footage of recent Hezbollah attacks that urge Palestinians ‘What are you waiting for?’ People like the husband of Sanna al Zien leap to follow the long list of martyrs whose posters mark the streets of South Lebanon: ‘If people know I’m a martyr’s wife they look at me as if to say “you’ve given something”’ she states. Jihad has also made Hezbollah into a major political force in Lebanon; investment in schools and hospitals has certainly helped Hezbollah’s popularity. But Lebanese Christians fear that Hezbollah’s military ambitions threaten the peace of the region, and accuse the party of being a puppet of Syria: ‘We still think Syria wants them to be a satellite country’ states a prominent journalist. The future of the region may depend on the line Hezbollah takes next. Produced by SBS Australia
FULL SYNOPSIS
TRANSCRIPT