Long Shadow of the Big Man

This broad-ranging documentary unravels the complex reasons behind Africa's arrested development over the past 50 years. 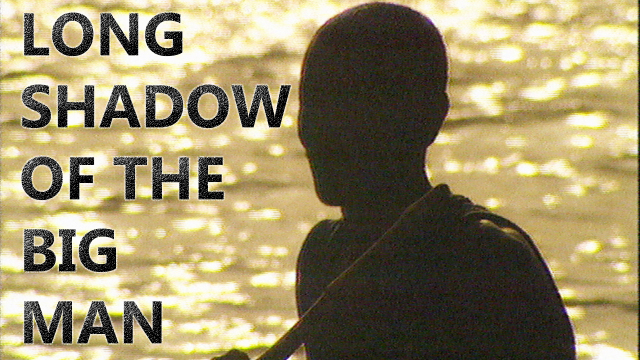 It paints the picture of a continent ravaged by war and the politics of the 'Big Man'. Throughout we examine the relationship between good governance and prosperity. In their search for stable politics post-colonial African nations have embraced everything from Marxism to Islam. But what hope does the continent have of equitably managing its mineral resources and finding the path to true democracy?

For too long Africa has been ruled by dictators. Nelson Mandela showed the world that the big man can be beneficent and kind. His successor Thabo Mbeki argues that African leaders should stop presenting themselves as 'little gods,' and become accountable. In his country land reform is giving the dispossessed hope, but few other leaders on the continent are as progressive. Africa has around 30% of the world's mineral resources, and yet poverty is growing fastest in those countries dependent on minerals. In countries like Angola and latterly Sudan, mineral wealth has funded civil war. In Nigeria oil funds the political elite while the masses are left to starve. It's the most vulnerable, like street children, who are worst afflicted. In contrast we look at Libya, whose vast oil wealth has been used to benefit its people. We find that on paper Libya is a model democracy, but in practise it's still a military dictatorship, likely to descend into chaos after Gaddafi has gone. This documentary skilfully puts the African dilemma into its colonial context, and yet does not blame the West for all of the continent's current ills. Confiscation of land and mineral wealth, The Cold War, the build-up of foreign arms - all have been disastrous for Africa. Subsistence farmers were removed from their land and left hopelessly unprepared for Parliamentary or Presidential democracy at Independence. But Africa has to look forwards. Patrice Lumumba, Prime Minister of Congo in 1960 declared: "We whose bodies and souls have suffered from colonialist oppression, loudly proclaim: all this is over and done with now". Robert Mugabe would disagree today. The Zimbabwe crisis has undermined the hopes of an 'African Renaissance', of healing the wounds of colonisation, of progress without bloodshed. On a political level the emergence of Shariah law as a rival to state law has further weakened the power structure in countries like Nigeria, where Shariah threatens to bring about full-scale civil war. We trace the vicious circle in which a lack of democracy encourages tribalism, and where corrupt rulers exploit tribalism to keep democracy at bay. Crime and lawlessness is also weakening the state. Africa has to abandon its guns and embrace democracy from within. The West has to offer aid with accountability, and genuine free trade. The bloody reign of the 'Big Man' in terms of the Mobutus, the Idi Amins, the Jean-Bedel Bokassas, is over. But the noble rhetoric of Independence has rarely been honoured. Constitutional advance is not the end of the struggle. The struggle is for democracy and peace. Produced by Journeyman Pictures, ABC Australia
FULL SYNOPSIS
TRANSCRIPT