How can bitterly divided Cyprus join the EU? 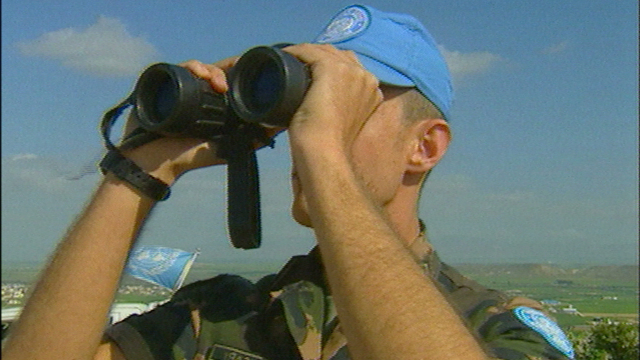 Cyprus proves to be one of the most difficult problem regions in Europe - yet it must be addressed in order for Cyprus to be part of the EU.

In order to join the EU, Greek Cypriot President Glafcos Clerides and Turkish Cypriot President Rauf Denktash must put aside decades of animosity. A 180km Green Line divides their peoples in one of the most militarised zones on earth. Twice weekly Turkish Cypriot soldiers pay tribute to the father of modern Turkey, Kemal Attaturk. ‘’Without the protection of the Turkish Army, all sorts of atrocities are real possibilities’’ says the Turkish Foreign Minister here. The UN has maintained an uneasy peace, which it admits entails ‘the relentless pursuit of trivia’’. Excellent archive shows the united Republic of Cyprus born after the British left in 1960. But a Greek coup in 1974 prompted a Turkish invasion. Since then the Greek south has prospered far more, whilst the north relies on Turkey for its infrastructure. And yet Turkish President Denktash wants to increase Turkish Cyprus’ isolation: ‘’We shall certainly have more closer relations with Turkey in order to survive’’. But neither side has a monopoly on righteousness. We meet a Greek Cypriot whose husband and son were taken by Turkish forces in 1974, never to be seen again. We also meet a Turkish Cypriot whose husband and brother were taken by the Greeks. A good all-round report on one of Europe’s most intractable disputes. Produced by ABC Australia
FULL SYNOPSIS
TRANSCRIPT