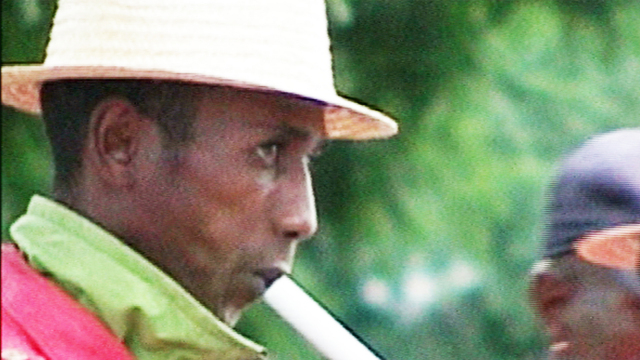 The struggle for power in Madagascar between two political rivals has torn the country apart. Starvation, unemployment and economic chaos has ensued.

Self-made millionaire Ravalomanana won elections last December on an anti-corruption ticket. But after two counts and two inaugurations he was recognised neither by his defeated opponent, nor, crucially, by ex-colonial power France. We chart the dispute as it descended into near civil-war, with ex-government employees dragged from their desks and bridges blown up by the retreating President. Trains stopped running, the port was blockaded, and food and petrol became scarce. Ratsiraka still calls it a "coup d'etat", but whilst he laid siege to the capital, children began dying of hunger. Care International says living standards have regressed by ten years. Even Western businesses have gone bust, like the Floreal clothes manufacturer, which employed tens of thousands of people. Now its factories stand empty. Produced by SBS Australia
FULL SYNOPSIS
TRANSCRIPT