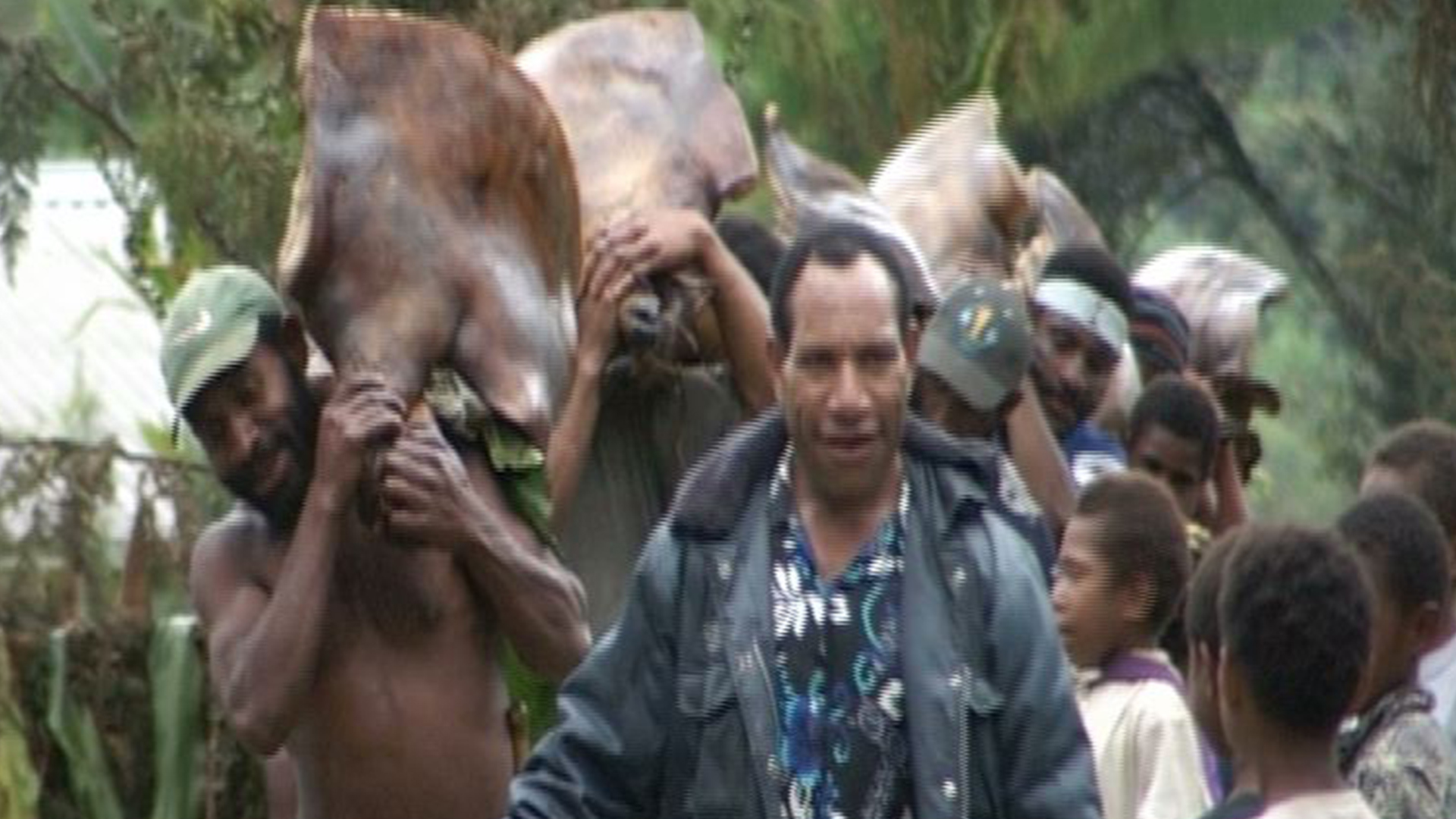 The 2002 Papua New Guinean elections finally drew to a close seven weeks after polling began. This extraordinary report substantiates accusations of vote-rigging and violence that dogged the elections.

It’s about 4am in the capital of Enga province in PNG. Suddenly, a huge explosion fills the sky. A shipping container housing more than a third of the province’s completed ballot papers has just been blown up. This is just one incident in an election marked by voter intimidation and gang violence. From start to finish, the election process is farcical. We follow campaigners as they bribe entire tribes to vote for them in exchange for pigs. We then watch as a governor’s son sits and fills in entire stacks of ballot papers in favour of his father as mystified voters stand by. But the whole charade turns out to be for nothing anyway, as the ballot boxes are sabotaged by bandits and the votes destroyed. Regulation of the process in remote tribal areas such as these is nigh-on impossible: “It is completely unrealistic to expect a person … who hasn’t seen a white man since Independence in 1975 to understand and vote in accordance with what a white man does,” says Constitutional Lawyer, Prof. John Nonggorr. In a country where underhand tactics such as bribery and sabotage seem to be the only way to win power, what hope is there for the honest? Produced by SBS Australia
FULL SYNOPSIS
TRANSCRIPT