Minefields and reconciliations in Sri Lanka 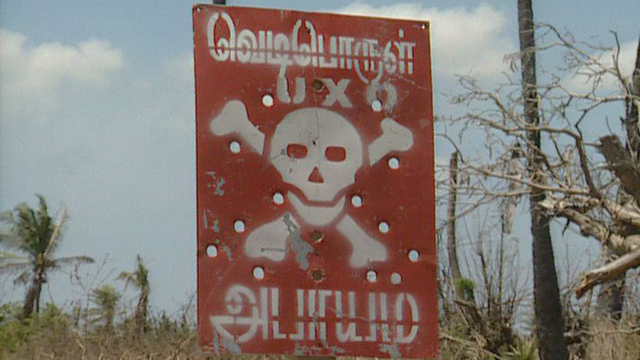 Sri Lanka celebrated its first year of peace last year after two decades of devastating civil war. A ceasefire has been in place since February 2002, allowing thousands of refugees to return to their homes and see their families for the first time in years. Many make the journey through minefields and a battle-scarred landscape along a road known during the war as the Highway of Death but since the truce, rechristened the Highway of Peace and Unity.

The Sri Lankan ceasefire monitoring mission and the United Nations are a reassuring presence at the border crossing and on a road once known as the Highway of Death. People wait patiently in line as the sun and heat steadily climb. Everyone undergoes an identity check and body search. Military police and intelligence officers question people about their reasons for entering rebel territory. Soldiers search for items that could be turned into weapons by the Tamil Tiger rebels. Dotted along the road are signs warning of land mines and unexploded shells in the jungle and fields surrounding the highway. The number of victims of mines has increased greatly since the ceasefire allowed families to return to homes which are often situated in minefields. However, despite the dangers families are overjoyed to be reunited again after so long.
FULL SYNOPSIS
TRANSCRIPT