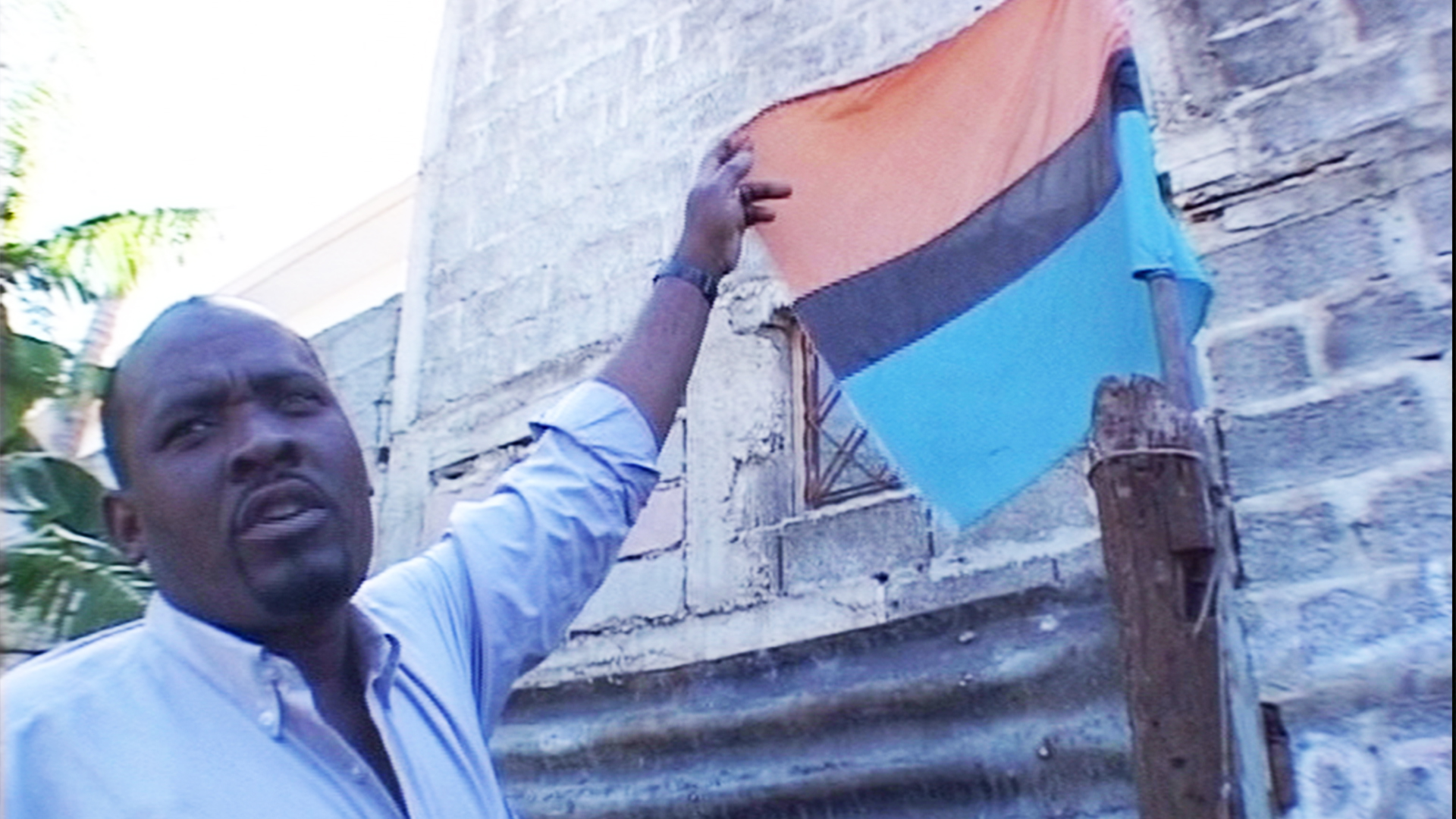 A chilling account of the creation of the most remote and secretive US military base in the world, created at the expense of the islanders who lived there.

Diego Garcia forms part of the Chagos Archipelago, which lies in the middle of the Indian Ocean, north-east of Mauritius. In 1966 the islanders were banished from their homes after the British negotiated a deal to lease the islands to the United States as a naval base. The Chagossians were systematically persecuted, and forcibly hounded out to neighbouring islands. By 1973 not a single islander remained. Cassam Uteem was president of the Republic of Mauritius for 10 years. He says Britain received a thieves' ransom for renting the islands to the American military: "Millions, millions were pocketed by the British Government and then they gave peanuts to the Chagossians." In a rundown shanty-town in Mauritius' capital, Port Louis, hundreds of exiled Chagossians eke out a miserable existence. Surrounded by poverty and dirt, drug abuse and alcoholism is rife, life expectancy is low. It's a far cry from the idyllic island they were brought up on. Olivier Bancoult's family were exiled here in 1968, when Olivier was just four years old. He's grown up in the slum, and has lost two siblings to drugs and alcohol abuse, and one to suicide. Over the years, he's nursed a burning desire to see justice for his family and his exiled compatriots, something he hopes to fulfil through his role as elected chief representative for the nearly 8000 Chagossians living on Mauritius: "My aim is to alert worldwide opinion about all the suffering of our people," he explains. In 1999, under Olivier's leadership, the Chagossians turned the tables on their former colonial masters; they took the British government to court, suing them for millions in compensation for their suffering and their right to return home. A web of official lies was uncovered. Secret Whitehall files showed that Britain had deceived the United Nations, by claiming that the islanders were not permanent inhabitants but rather migratory workers who could be returned. Confidential Foreign Office minutes from 1966 clearly show Britain's contempt for the islanders. "Unfortunately along with the birds go some few Tarzans and Men Fridays whose origins are obscure and who are hopefully being wished onto Mauritius." On 3 November 2000, the High Court ruled that the Chagossians had indeed been unlawfully forced from their homes by the British government. But the elation of the islanders was short-lived. Although the law preventing them from returning to their homes was overturned, two years on little has changed; they never received any compensation, and the United States has refused to let them return. From recent photographs of the base, it's clear why. The base has two large runways capable of handling long-range bombers. There are berths for nuclear submarines and deepwater anchorage for 30 warships. Afghanistan was bombed from here, and it will also be the launch-pad for any military action against Iraq. It's the most secretive and remote military base in the world, the jewel in the American military's crown. Nevertheless, Olivier and his group have refused to give up. They've filed an action against the US Federal Court, alleging genocide, torture and enforced relocation, and are seeking $12 billion in compensation. This week they are once again appearing in the High Court in London to fight their case, and hope that soon, the paradise they lost all those years ago will eventually again be theirs. Produced by SBS Australia
FULL SYNOPSIS
TRANSCRIPT