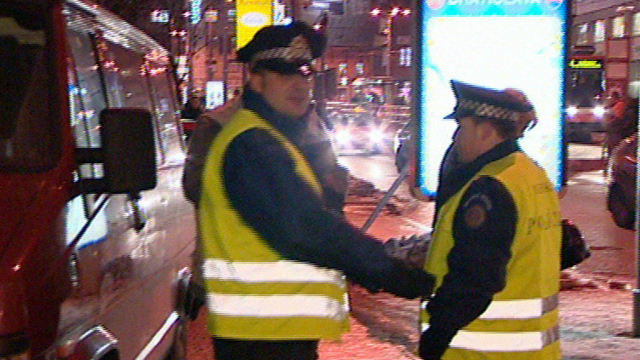 Around 5,000 cars a year are stolen in the Slovak Republic, many by Ukrainian and Russian organised crime. And too often the police have been heavily implicated.

Earlier this year Haxhi Zenuni's luxury red Mercedes was stolen from the Hotel Kiev in Bratislava. A few hours later, he was offered it back. "Right in front of the police I had to pay 4000 marks. He took the money and, with the police, disappeared," he recalls. Around 5,000 cars a year are stolen in the Slovak Republic, many in rackets organised by gangs from the Ukraine and Russia. And too often the police have been heavily implicated. Our journalists break into a European car with little problem, despite the presence of hordes of police, who seem more concerned about being filmed. Allegations against them spread to shootings and tax evasion. "There needs to be better remuneration for the police there - low salaries lead to corruption," states an Austrian Interpol member. The Interior Ministry tries to deny the allegations, but even they are forced to admit that there are "a few black sheep." With so much riding on EU membership, the road ahead will be bumpy for a country with corruption so firmly in the driving seat. Produced by ORF Fernsehprogramm-Service GmbH & Co KG
FULL SYNOPSIS
TRANSCRIPT