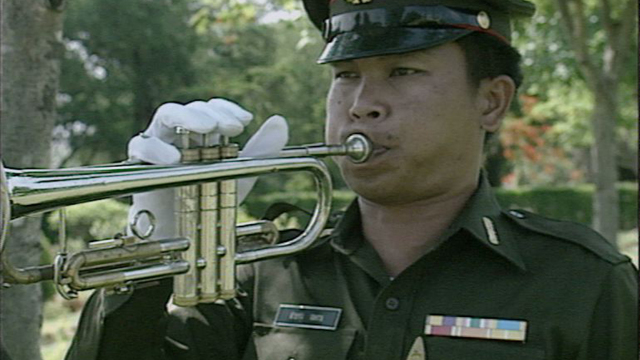 Mr De Bie is still deeply bitter about his years as a POW in Thailand during World War II. Now, he has the chance for reconciliation with Takashi Nagase, who worked for the Japanese.

He was one of 25,000 prisoners who, underfed and in the blazing heat, were forced to labour on "The Death Railway" between Thailand and Burma. Thousands died in appalling conditions. Nagase Takashi was in Thailand at the same time working for De Bie's enemy - the Japanese. He was an interpreter in prisoner interrogation sessions for the Japanese military police. Wracked by guilt since the war, he has visited Thailand 87 times to apologise to graves of the dead for what happened along the railway. His remorse is disdained by many Japanese. In a moving reconciliation De Bie and Takashi meet in a military ceremony as they attempt to forgive and forget.
FULL SYNOPSIS
TRANSCRIPT