Who Planted the Bali Bomb?

Indonesia reels in the wake of the Bali bombings 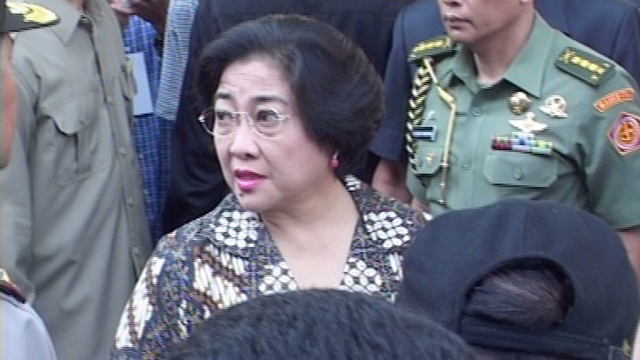 It is hoped that new anti-terror legislation will help Indonesia prevent further terrorist attacks. But, as our report shows, President Megawati has a tough battle ahead of her if she is to bring the country's Muslim radicals under control.

Taking on Indonesia's Islamic extremists is easier said than done. The forces of radical Islam are increasingly at the centre of Indonesian politics. From the very beginning of her presidency, Megawati has had to tread very carefully in her dealings with these groups, in order to stay in power. Indeed, the country's vice-president, Hamzah Haz, is himself the leader of Indonesia's largest Islamic party. He openly supports the hardliners, and still refuses to condemn them, even following last weekend's blast: "He says as long as it is not proved, they may have radical views, but there is no reason to put anybody in prison," explains Franz Magnis Suseno, an expert on the Indonesian Islamic movement. And the chances of actually proving who was at the centre of the attacks are looking slim. Claims by the country's Defence Minister of al-Qaeda involvement have been dismissed out of hand by his very own police force, who are widely thought to be inadequately equipped to carry out an effective investigation into the blast. To further complicate things, the fact that the bomb contained a plastic explosive used by the army has provoked speculation that rogue elements of the country's military could have played a role in the bombing. An interesting overview of the dilemma facing President Megawati. Produced by SBS Australia
FULL SYNOPSIS
TRANSCRIPT