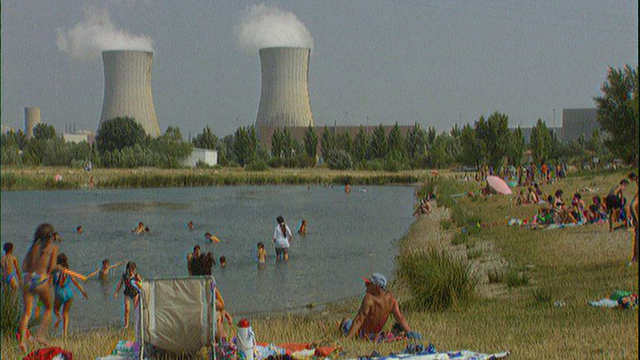 France has a booming nuclear industry. It supports thousands of jobs and provides energy for many, yet some are concerned about the side effects. Is the radioactivity affecting people's health? Or, even more seriously, are offensive nuclear weapons in the making?

Children splash and play in a river in rural France. They ignore the nuclear power station towering over the water even though its outflow runs into the pool in which they swim. A watchdog group tests for contamination and finds tell-tale signs of radioactivity. Such findings bear little weight in France. People accept nuclear power, and so-called 'safe' levels of radioactivity are five times higher than international norms. As the French continue testing at Mururoa Atoll, we examine French attitudes to the nuclear test row. A former advisor to Mitterand, Jacques Attali, says France wants to produce small battlefield nuclear weapons. He says Jacques Chirac's desire to be a strong leader makes it impossible for him to back down on the tests. For every French national who supports Chirac's decision there are now three who would have it reversed. (
FULL SYNOPSIS
TRANSCRIPT