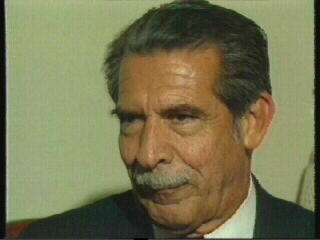 Strongmen like Slobodan Milosevic and Augusto Pinochet are now being called to account internationally for their alleged crimes. But in the roll call of former leaders being called before the courts for crimes against humanity, the name Rios Montt is missing.

In March 1982, General Efrain Rios Montt organised a coup and declared himself President of Guatemala. For the next 16 months, he presided over the bloodiest period in Latin American history since the Spanish invasion. To this day, no-one has been held responsible for the more than 600 unofficial massacres that took place. In fact, if anything, Rios Montt seems to have been rewarded for his part in the genocide. Last year, Rios Montt was elected President of the Guatemalan Congress. But today, the children of some of Guatemala's 40,000 disappeared are campaigning to bring the General to justice. Produced by SBS Australia
FULL SYNOPSIS
TRANSCRIPT