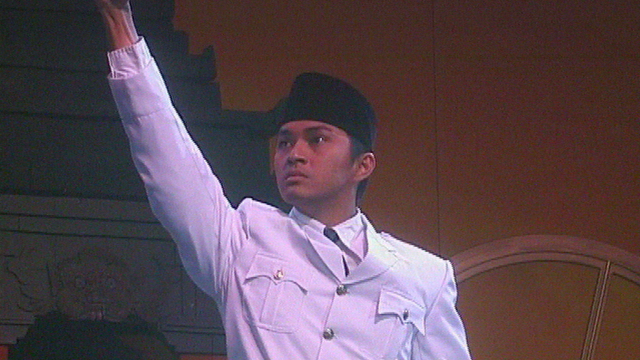 Indonesia is preparing for a turbulent couple of weeks. President Wahid has set a deadline for his opponents to drop their impeachment proceedings against him. If they don't, he has threatened to proclaim a state of emergency and dissolve both houses of Parliament.

For the President to survive, he'll need the support of his deputy - Megawati Sukarnoputri - but she has made it clear that support will not be forthcoming. This means that Megawati could be president by as early as August 2, and for many that is a disconcerting prospect. Not because of Megawati herself, but because of her powerful and controversial husband Taufiq Kiemas. Produced by SBS Australia (Soekarnoputri)
FULL SYNOPSIS
TRANSCRIPT