The untold story of Bermuda's struggle to end segregation in the 1950s. 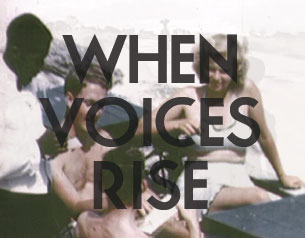 In a world where inequality is increasing and individuals feel powerless, it's uplifting to know that ordinary people can make a difference. Mixing unseen archive footage with lively characters this film paints a vivid picture of the struggle to end discrimination in the rich man's playground.

"Bermuda was made up of two communities - one black and one white," recalls Rev Kingsley Tweed, founder of the Black Brotherhood. The black majority were forced to accept the worst jobs, banned from certain hotels and theatres and forced to allow whites to take priority over them in queues. "I used to really get irate because our class would have to clean up after white children and do all kind of demeaning work," recalls Florenz Maxwell. Another activist recalls how black children had to wait outside church to allow white children to take their place before they could enter. Angered and frustrated by the level of discrimination that existed in Bermuda, some young professionals decided to address the situation. The first protest began when a group of women were unable to buy tickets to a professional theatre production because they were not "of unmixed European descent." They picketed the theatre, alerting tourists to the theatre's policies until it was forced to open its doors to everyone. Inspired by their success they went on to form a society dedicated to combating all forms of segregation. This society became known as the Progressive Group and would ultimately reshape history in Bermuda. Previously, anyone who had attempted to challenge segregation had had their mortgage called in at short notice or faced other forms of harassment. "We were quite aware that most of the members of the group, if not all, might suffer some kind of repercussions," states member Georgine Hill. Therefore one of the group's main concerns was protecting the identities of their members. Only those who were financially stable or who didn't have young children were allowed to participate in high-profile protests. New members were strictly vetted and tourist friends were used to purchase important supplies to prevent them being traced to members. The group's first major act of defiance was to publish a 'secret document' analysing the social problems in Bermuda. When members of the government saw it several years later, they were concerned that its findings would spark riots. However it was their boycott of the theatres and cinemas that ultimately highlighted the problem of segregation and led to its end. Unfortunately, for some members, this success came at a high price. Kingsley Tweed was forced to flee Bermuda after receiving several death threats for his role in the theatre boycott. "White people did not realise just how much blacks hated the segregation system and how much they were just waiting for someone to take the lead," recalls one member. When the Progressive Group provided this lead, they became the voice of the oppressed majority and were able to restructure their society, In the words of member Florenz Maxwell, their success "brought people together like they'd never been brought before and really became a people's victory." Produced by Quibo Films
FULL SYNOPSIS
TRANSCRIPT