Secrets and Lies in West Papua 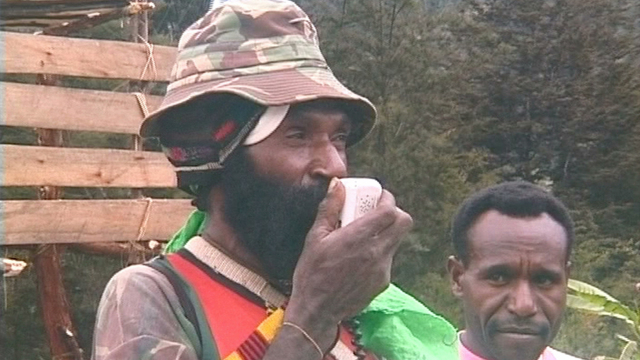 As seven Indonesian soldiers stand trial for the murder of a West Papuan independence leader, we investigate claims that the military was also involved in the killing of two Americans last year.

In September, a convoy travelling through West Papua was shot at by several unidentified gunmen. Amongst the dead were two Americans who had been working as teachers in the region. The military were quick to blame the OPM, or Free Papua Movement, for the attack, and even claimed to have shot an OPM fighter near the scene of the crime. But tests on the body have since confirmed that he had been dead for days before the supposed shooting. And now a witness who has worked for the special forces unit, the Kopassus, for the past ten years, has come forward claiming they were involved in the attack. Police Chief Made Pastika is keen to bring the culprits to justice, but he must tread a very fine line with the military if he is to do so without causing yet further hostility in this already volatile region. Produced by SBS Australia
FULL SYNOPSIS
TRANSCRIPT