America on the precipice of the Iraq War 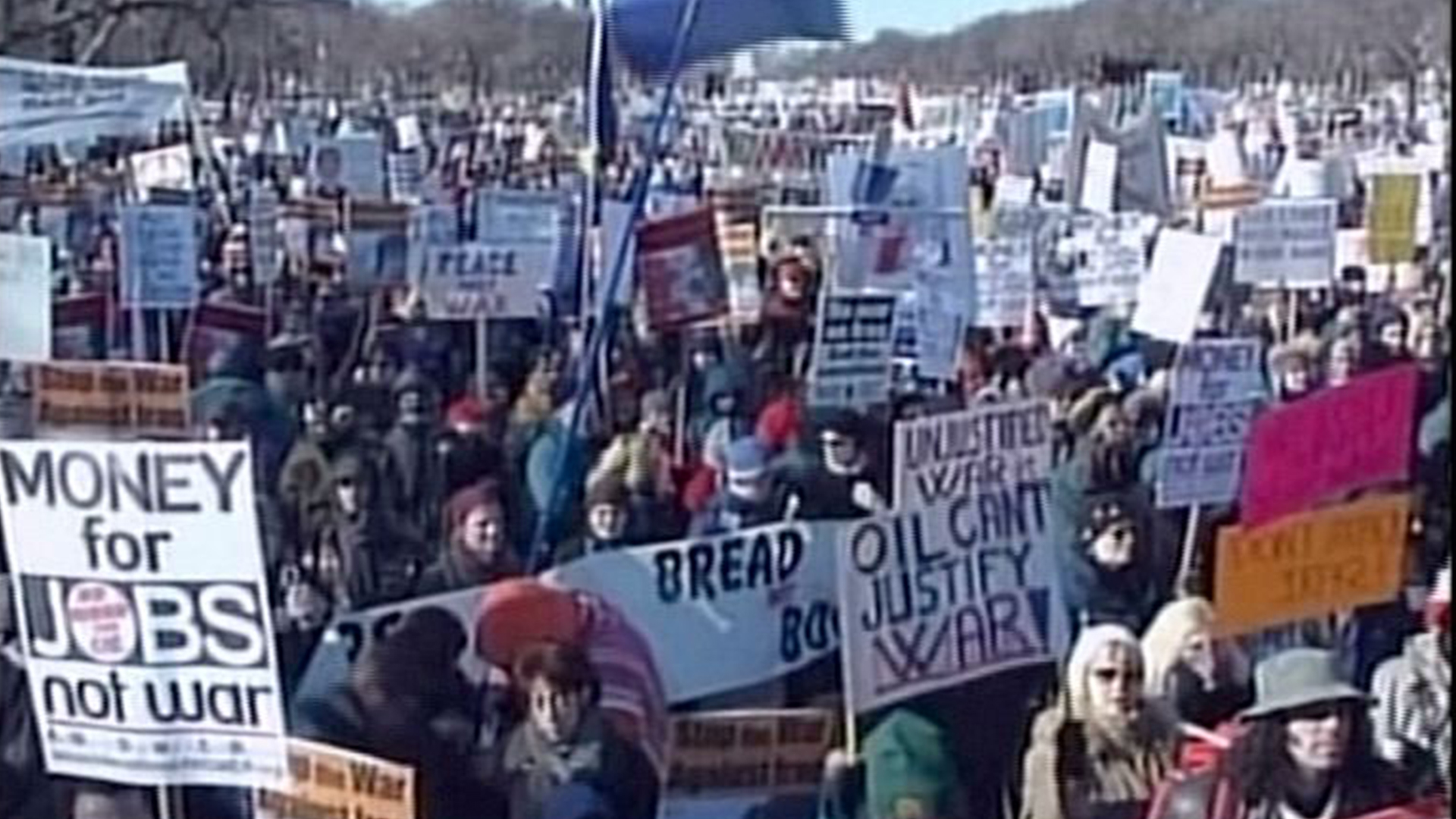 America appears determined to push ahead with its plans for a regime change in Baghdad. But what would be the implications of an invasion?

America has already mobilised 140,000 troops for possible military action in Iraq. Bush professes that they: "will be fighting not to conquer anybody but to liberate people." Few in the Middle East believe him. Critics warn that any invasion could have serious consequences. Robert McFarlance, former Republican National Security Adviser states that: "there could well be a wider conflict in the Middle East emerging from a move into Iraq." His primary concern is that Saddam Hussein might retaliate against Israel, triggering another war in the Middle East. These fears are shared by Phyllis Bennis from the US Institute for Policy Studies: "The consequences in the region are going to be horrific. The United States is asking allies in the region to support a war that could end in the overthrow of those same allies." Many others question what commitment America would make to rebuilding a war-torn Iraq. Even Robert McFarlane admits that: "there are some who believe that our job is to dislodge Saddam ... without much obligation thereafter." In light of these dangers, should the US government really be considering an invasion before all other options have been exhausted?Produced by SBS Australia
FULL SYNOPSIS
TRANSCRIPT