Hate in the Holy Land 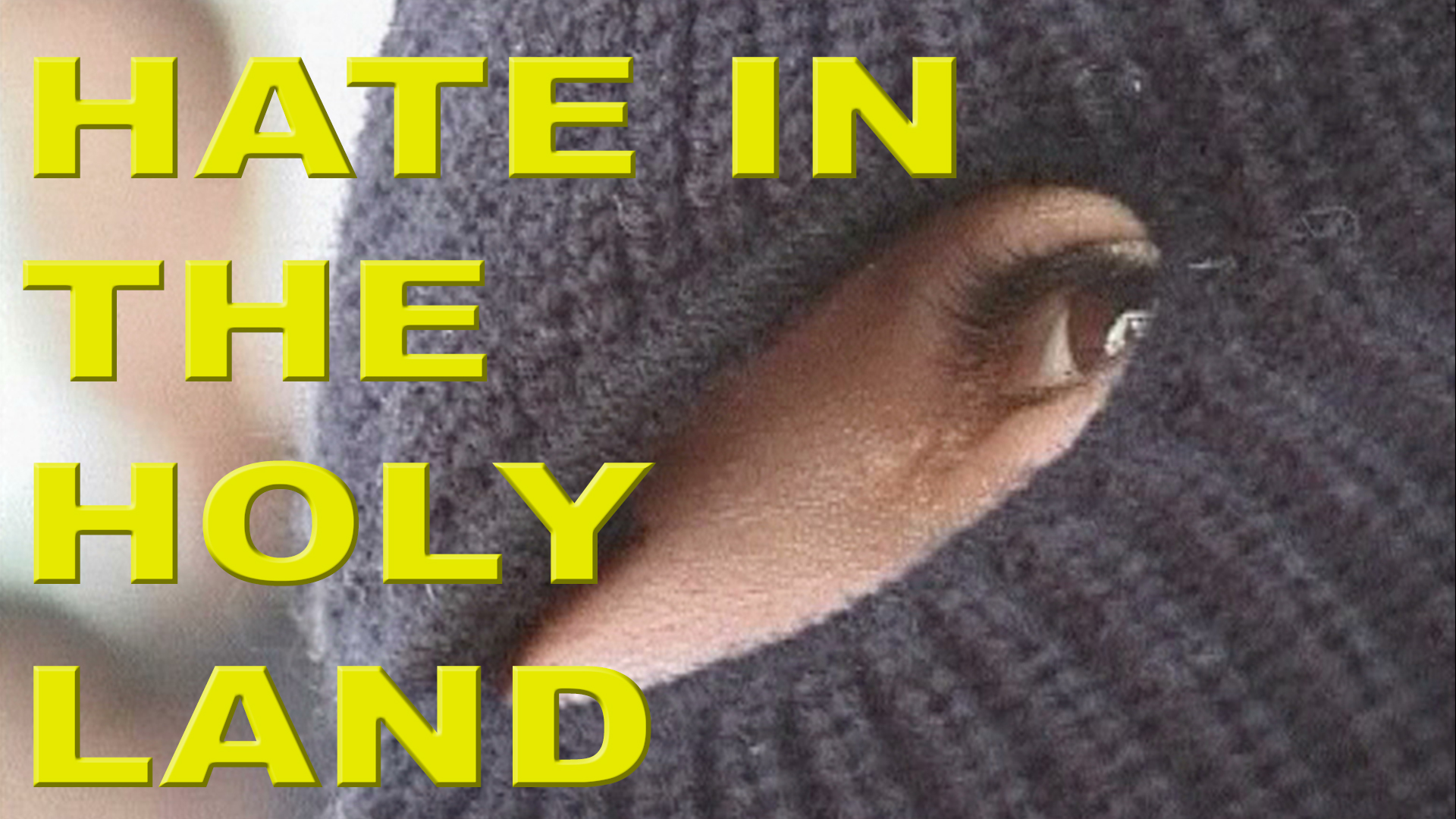 Travelling into Palestine's beleaguered ghettoes, this deeply emotive documentary enters the heartland of the infamous Al Aqsa Brigade. Just what is it that makes young boys and girls so prepared to commit suicide for their cause? Featuring spectacular access to Al Aqsa training camps, and moving pleas from would-be suicide bombers, this is the definitive story of Palestine's disillusioned youth.

Aghiat Ahras was just 18 when she strapped an explosive belt to herself and detonated it in a crowded Israeli supermarket. "She was beautiful, she was well educated, prudent. She was about to get married but instead she became Palestine's bride. The Al Aqsa's bride," mourns her father. However, even Aghiat's mother admits that she understands why her daughter wanted to die: "Death is the only way out for us." One person who finds it much harder to understand Aghiat's actions is Abigail Levi. Her 17 year old daughter, Rachel, was killed when Aghiat detonated her belt. "I believe she was a girl without a heart, without love. I cannot believe there are human beings with such hatred inside." Her grief is exacerbated by the fact that her daughter's killer is venerated as a martyr and heroine. "Rachel did not deserve to die. She felt sorry for the Palestinians but in the end they killed her." At a local school, children watch on as Al Aqsa recruits are put through their paces. In the afternoon, training moves to the settlements. The fighters take up positions in local houses, preparing themselves for the second Armageddon. They long for the day they will be able to put their new skills to use. "I will take revenge in every way I can for my brothers, for my friends, for the children," proclaims one fighter. He has already volunteered for a suicide mission. "We kill the children whose parents kill our children. We kill the wives whose husbands kill our wives." Sharon's hardline policy has done little to stop the flow of recruits to Al Aqsa. Now, a growing number of Israelis are starting to criticise their government's actions. "The Palestinians have nothing else to lose. They have no human rights. They have no money. I understand their frustration," empathises Avi. He is determined never to serve in the occupied territory. Another woman blames Sharon for the death of her 14 year old daughter, after she was killed by a suicide bomber. "My daughter was a victim of the occupation ... of the megalomania of people who become presidents and army commanders." The leaders of Al Aqsa and Hamas all originate from the Abaghiat family. Last year, Ibrahim Abaghiat led 250 fighters into the Church of the Nativity In Bethlehem, provoking a 39 day siege. He is now in exile and his family are worried he will be murdered by Israeli secret agents. Even if he is killed, there is already a long list of Palestinians waiting to take his place. Ibrahim's own daughter longs for the day when she will be able to emulate him: "there will be a day when women will take guns and go out to fight ... this is our land and we must defend it." Produced by Small Planet Productions
FULL SYNOPSIS
TRANSCRIPT