The U.S. prepares to invade Iraq 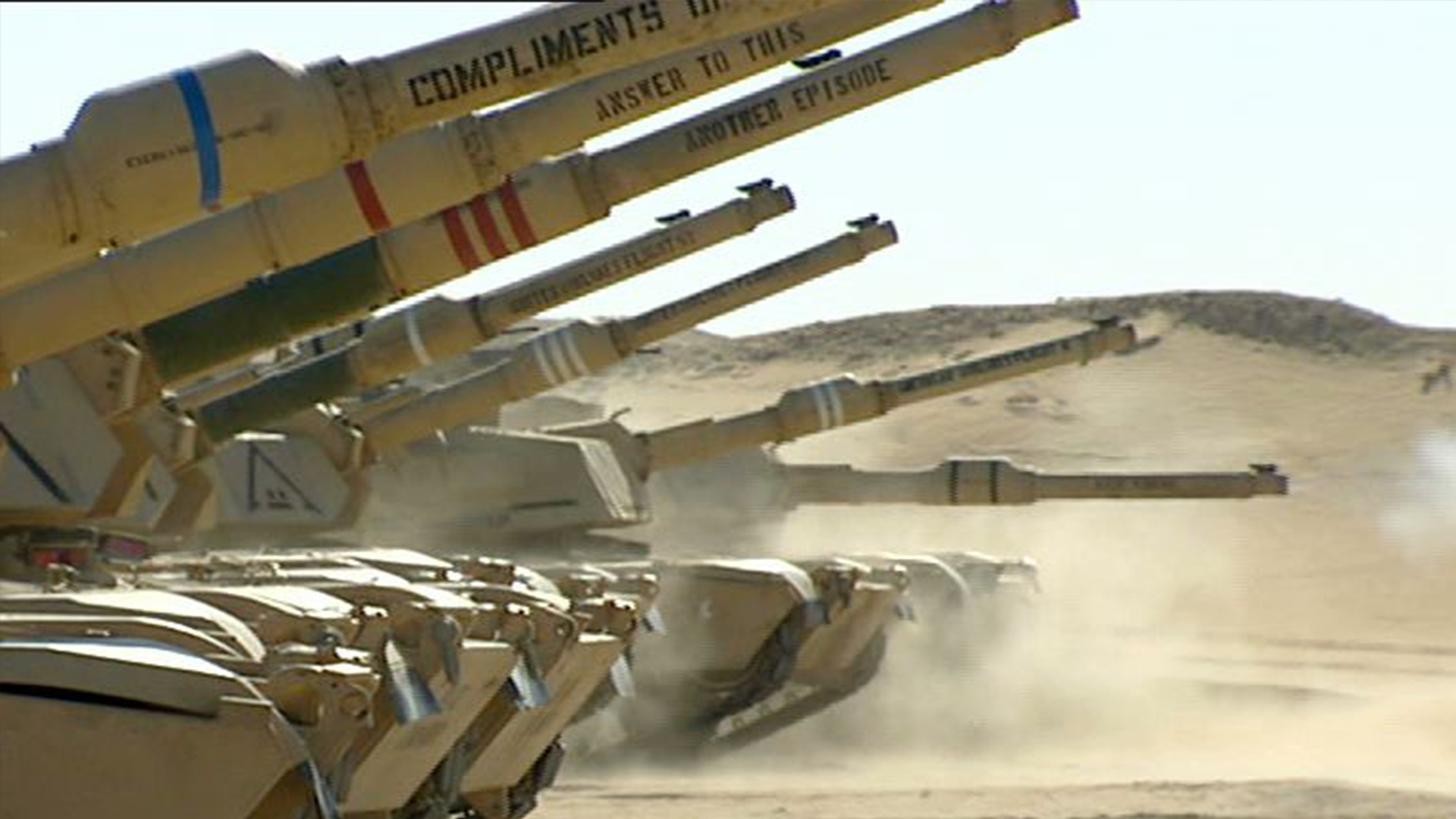 On the eve of the Second Gulf War, thousands of US troops are preparing for battle.

Well-connected Kuwaitis talk of a similar strategy to 1991: heavy bombing, followed by a ground attack from the North and South. This time however, America boasts newer, high tech weapons. “We hear of these things called microwave bombs,” smiles Professor Abdullah Sakar Mohammed from the Foreign Relations Department of Kuwait University. “It will jam communications. America will control TV and radio.” Kuwaiti confidence is high “I don’t see major resistance,” posits the Director of the Centre for Strategic studies, Shafeeq Ganrah. “It won’t take long.” America agrees and Colonel Schwarz feels he is here to finish off the last Gulf War. However nothing can be taken for granted, as a last throw of the dice might see Saddam use his weapons of mass destruction. American soldiers have all been inoculated but ordinary Kuwaitis remain unprotected. Within Kuwait, too, Americans face threats. Nine alleged Al Qaeda members are currently on trial accused of plotting to kill US troops. Reconstruction after the war is also a concern, despite Kuwaiti optimism it will act as a catalyst for democracy across the region. Containing superb images of tanks and US training and Kuwaitis preparing for chemical attacks. Produced by ABC Australia
FULL SYNOPSIS
TRANSCRIPT