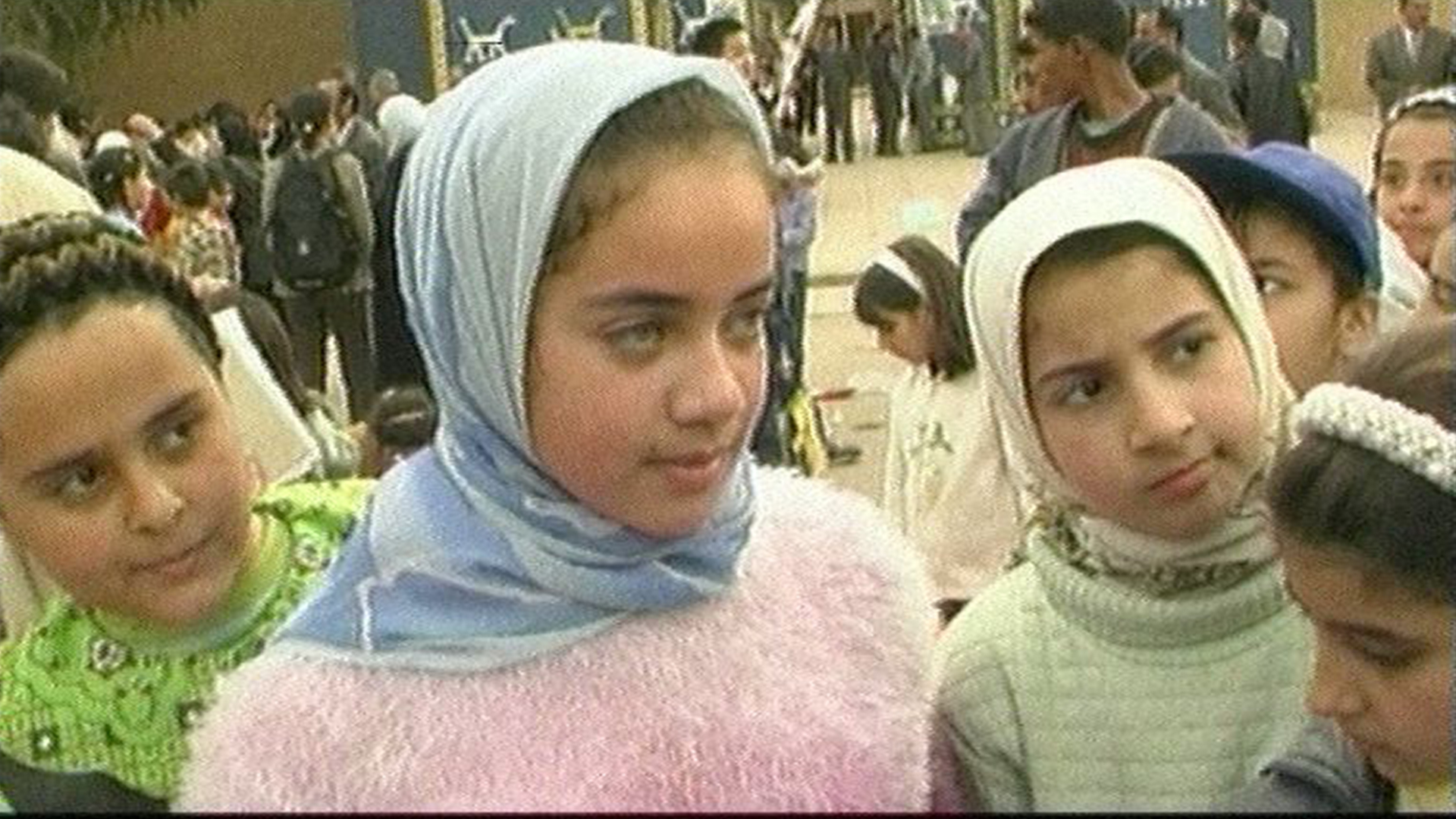 Iraqis are busy stockpiling food and worrying whether they will survive the conflict.

After ten years of American imposed sanctions, Iraqis are finding it difficult to accept the idea of America as their liberator. “America’s aim is to destroy the Iraqi people and the Iraqi children,” complains labourer Samir Younan. “Our lives, our children’s lives are threatened.” At school, children paint pictures of US aggression and chant anti-American slogans. Even in interviews without her minder Layla Hassan condemns the American stance: “We don’t deserve what is happening to us. We haven’t done anything to make America attack us again.” People are too frightened to use bunkers after a smart bomb penetrated the al-Amariyah shelter during the last war, incinerating 408 civilians. A rare look at how ordinary Iraqis view the forthcoming conflict.Produced by SBS Australia
FULL SYNOPSIS
TRANSCRIPT