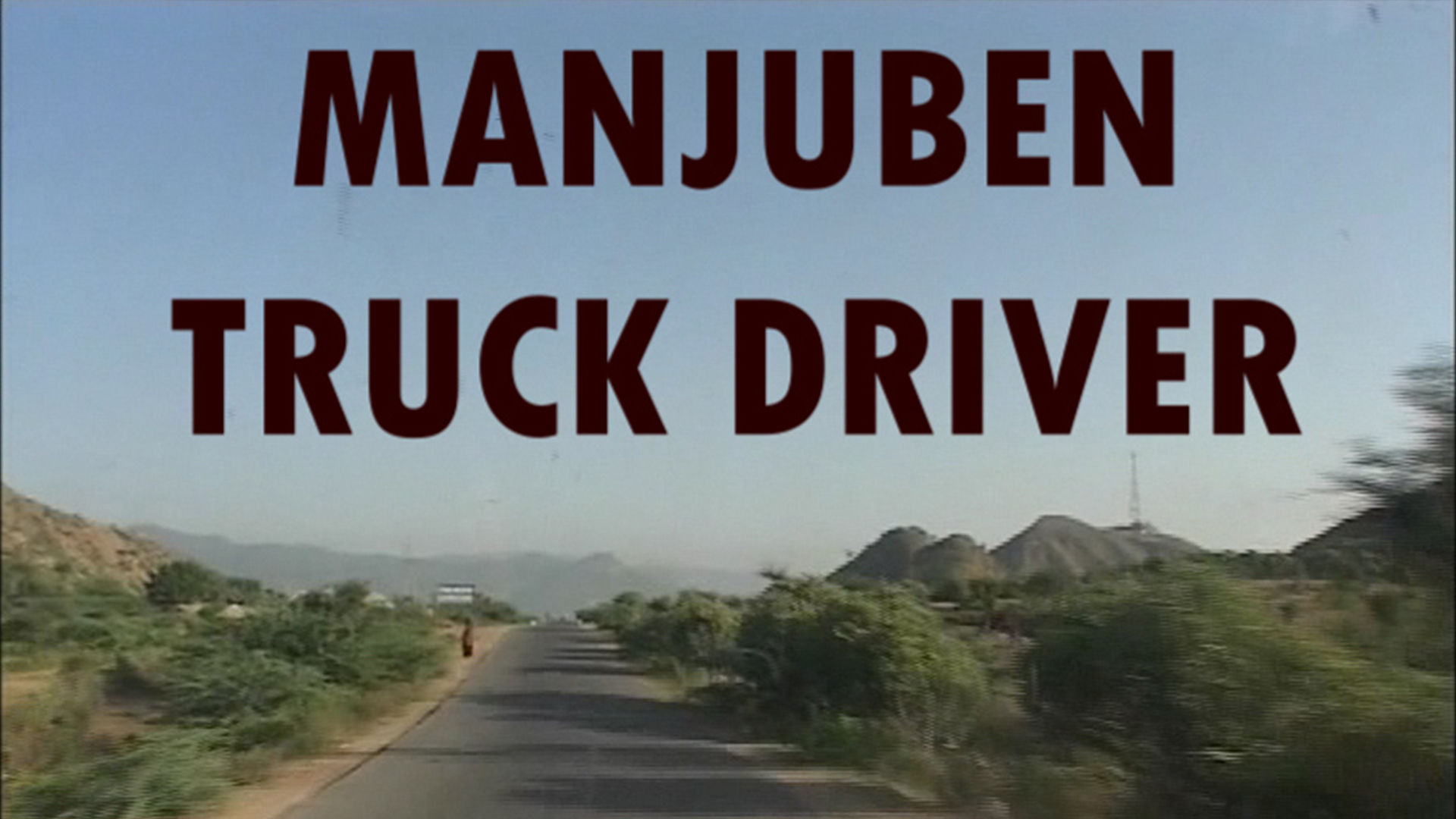 Flashbulbs click as a model in casual men’s slacks, a shirt and a trilby poses for the photographer. She looks just like actor Amitabh Bachchan. Manjusha is a woman in a man’s world. “Half Shiva, half Shakti – that’s me. Both male and female powers are in me,” she laughs. For most of her life Miss Manju has driven trucks, in what is usually considered an exclusively macho profession. “I used to have 8” she states “I had to sell most of them…” Now she talks like a local ‘dada’, chews pan masala and bosses the local mechanics at the garage. On the road, Manjusha is equally macho. “I drive like a bastard,” she grins, beeping her horn furiously. “I always like to make sure I’m in front.” Squeezing past oncoming trucks and incautious camels along India’s picturesque but lethal roads, her life is constantly on the line. Deep beneath her in a ravine the mangled remains of another truck remind her exactly how dangerous her job is. More than once Manjusha has to brave hair-raising moments when her truck skids or breaks down. Breaking down is just as dangerous as a crash; an ugly crack in her windscreen tells the story of how thugs often hide behind trees and stone passing trucks. “If you stop to inspect the damage” she says, “they jump on you and take your money.” Her masculinity also throws the police. She has several stories of how police stop her for baksheesh, and question her as to why she has a girl’s driving license. “Do I look like a man to you?” she asks. But she knows everyone says: “She’s a boy without a moustache.” Slowly but surely we learn more about Miss Manju, as her character develops before our eyes. “I was married at 16” she tells us. “I told him I didn’t want to stay with him. I wanted to travel. I’m not the kind to stay at home.” Miss Manju’s character seems at first clearly defined: the macho trucker. But she is far from a crusader. Unlike most male truck drivers, she neither smokes nor drinks. And she doesn’t readily embrace feminism. She holds dear to the belief that a woman should look after a man. In her own home, while she eats with the men, the other women eat last. The picture that emerges is a strong woman determined not to be categorised by society. She is popular and respected, but suffers from the same desires and doubts as the rest of us. A very personal and uplifting story about a powerful and determined woman. “Women pilot planes these days, don’t they? So what if I drive a truck?”; Directed by: Sherna Dastur
Produced by: Sehjo Singh
Indie Films
FULL SYNOPSIS
TRANSCRIPT