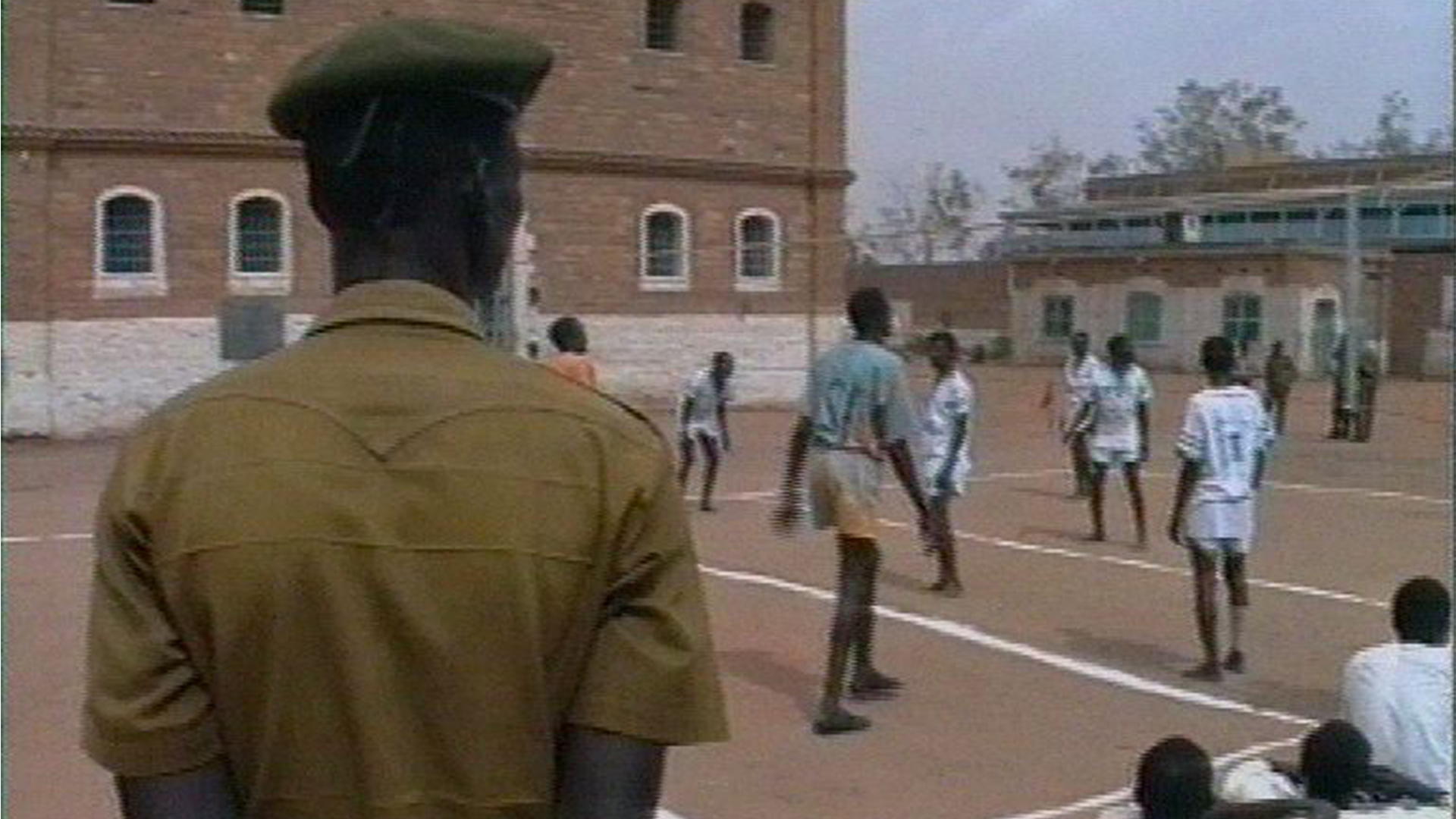 Government policy decisions are made by a hidden government made up of nine people who are members of a secret Islamic society. At a Koranic school it takes the boys four years to learn the Koran. A religious teacher at the school says that Sudan will carry the torch of Islam to all countries. The charismatic Islamic leader Dr Hassan Turabi has a strong following. "I'm a symbol of the Islamic revival", he claims to a crowd. Followers say he should be leader of a united pan-Islamic state. Political opposition is suppressed in the Sudan. In Koba jail, under the watchful eye of their guards, newly released prisoners talk of repentance. The government boasts of economic achievements but the sad truth is that a fifth of Sudan's population are in need of food aid. A film by Mark Stucke
FULL SYNOPSIS
TRANSCRIPT