Andreotti: The Godfather of Politics 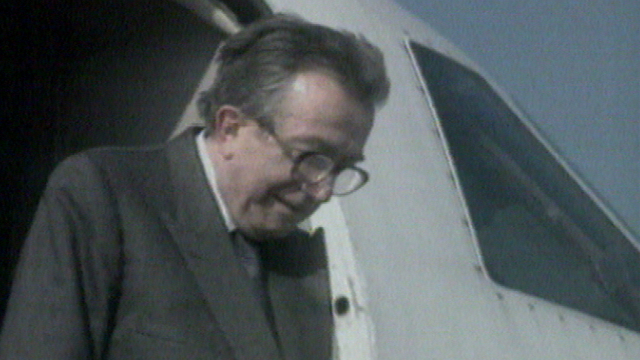 We offer a revealing report and interview with 'Uncle Giulio', one of Italy's most senior statesmen, as he faces the possibility of 20 years in prison. Elected seven times as Italy's Prime Minister, Andreotti is determined to know 'who's behind these slanders'.

He has called on the former UN Secretary General Javier Perez de Cuellar to testify to his good character. With him, fifty years of Italian political life stands accused in the dock. Mafia defectors, the 'pentiti', have even broken vows of silence to give damning evidence against him. Children, with murdered parents, and people, with destroyed businesses, are now at last prepared to tell their stories of suffering under his mobster regime. Produced by ABC Australia
FULL SYNOPSIS
TRANSCRIPT