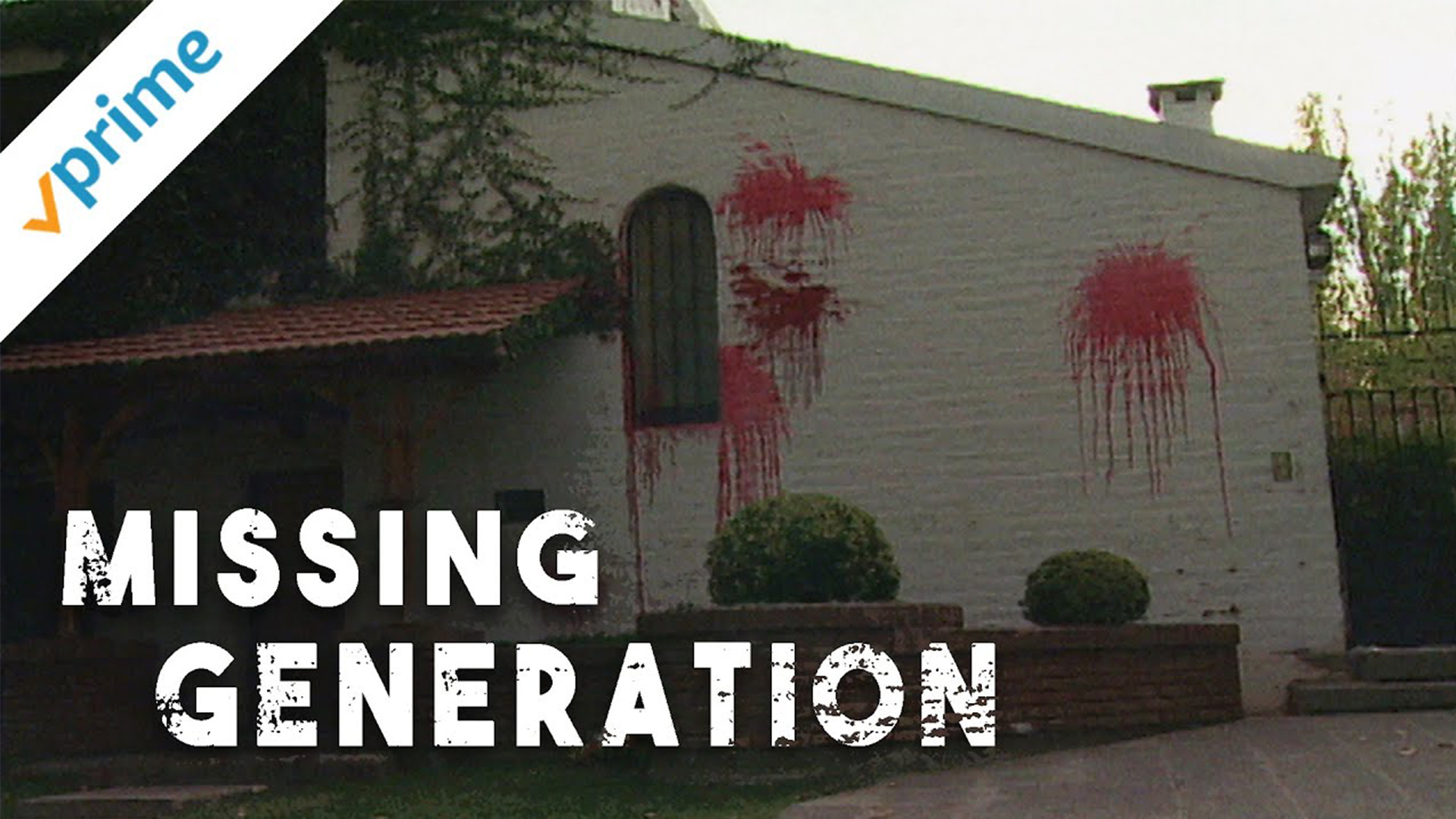 During the reign of Argentina's harsh military junta, thousands of men, women and children simply disappeared. Parents lost their children; orphans were forced into unknown and uncaring families. Twenty five years on, the scars still refuse to heal. This is the deeply moving story of a never ending nightmare, told through the eyes and memories of four extraordinary individuals.

Across a whitewashed wall, daubed in garish red paint, is the word "TORTURA" - torturer. The house belongs to General Juan Pablo Saa - ex-Police Chief of the Videla-junta. '"We want the neighbours to know who is living here, so the baker won't sell him any bread, so that his neighbourhood may be his jail" spits the artist, 23 year old Nora. Along with hundreds of other orphaned Argentineans she has gathered in protest to chant out loud the crimes of the "pig". Nora was just two months old when her father and mother were kidnapped. She later discovered no-one has ever faced trial for the abductions - of her parents or any other. Successions of Governments have refused to prosecute. Now the sons and daughters of Argentina's missing generation are taking revenge on their parents' behalf. Graffiti and rallies are just two of the ways Nora's organisation HIJOS tries to bring the crimes and the de facto immunity of the criminals into the public gaze. It's cathartic - "my parents must be proud I'm doing this" - but it can never completely banish the tears and the anger. For many orphans the chance for vengeance means little. At 18 months old, Juan Pablo was dumped by the military into the hands of an unknown family. He was mistreated for many years. "I never received any love there," he recalls. He had behavioural problems, was expelled from school, and started using drugs at 15: "marijuana, cocaine, crack" . His addiction led him to steal, and the stealing led to prison. "If I had had a mum and a dad, things would have been different" he laments. Christianity and a psychologist have helped - but not much. Now his greatest fear is that he will lose his own daughter because of his drug problems. Clara has already had her entire family taken from her. She fled Poland to Argentina in the 1940s after they were murdered by the Nazis. There she began a new life and had two sons but after General Videla seized power they were both kidnapped and disappeared. Their house was bombed and her husband died of a broken heart. Clara longs to join him. "Time doesn't heal a mother's heart", she says. "I just think, why suffer any more?" Her heartache defines her every movement and sentence. "There isn't a night I don't think 'what was my son like as they tortured him?'" Estela is head of the Grandmothers of the Plaza de Mayo, an internationally renowned charity that tries to find missing children. Since 1979, her unending work has found just 23. She too, suffers the absence of her murdered daughter and missing grandson, but also of her husband. Her work is motivated by the desire not to die, like her husband, never having known her grandson. "He is here. In every corner. But physically I have lost him", she chokes. "What keeps me going is an affection that transcends death." The plaintive chants at the "son of a bitch military", the red graffiti, charity work and religion offer some comfort for the victims of Argentina's human rights travesty. Maybe the calls will finally force Argentina's rulers to exact justice. But it will never bring back the lives of the missing generation. Nor those of their relatives:
FULL SYNOPSIS
TRANSCRIPT