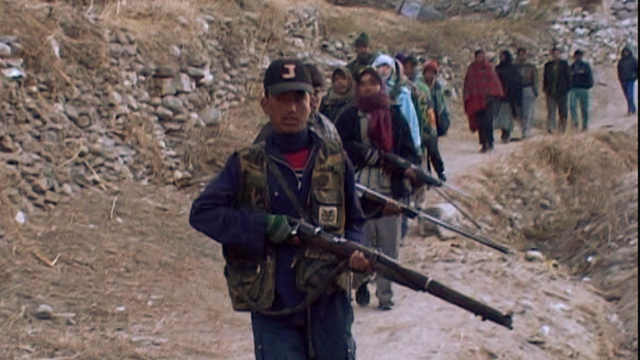 Amidst of years of political turmoil, a Maoist insurrection rose amongst the mountain villages of Nepal. Inspired by the Cultural Revolution and its promise of breakneck modernisation, the reality of the situation proves bleaker than anticipated.

In Nepal, a rigid caste system and ineffectual government condemn most people to a life of abject poverty. Maoist rebels boast they will destroy the old order and restore good governance but their brutal tactics only cause more suffering. "Maoists come to our house and demand food. Then they take whatever money is left. If someone refuses, they beat them up," complains one woman. District Secretary Karma believes that the need for revolution justifies these actions: "We've taught the people to question why we're getting poorer and poorer." Although most people dislike the Maoists' violent methods, no one else is offering them a way forward. A report by Sandra Jordan for Unreported World. Produced by Mentorn
FULL SYNOPSIS
TRANSCRIPT