Tension over Kurdish right to land in Kirkuk 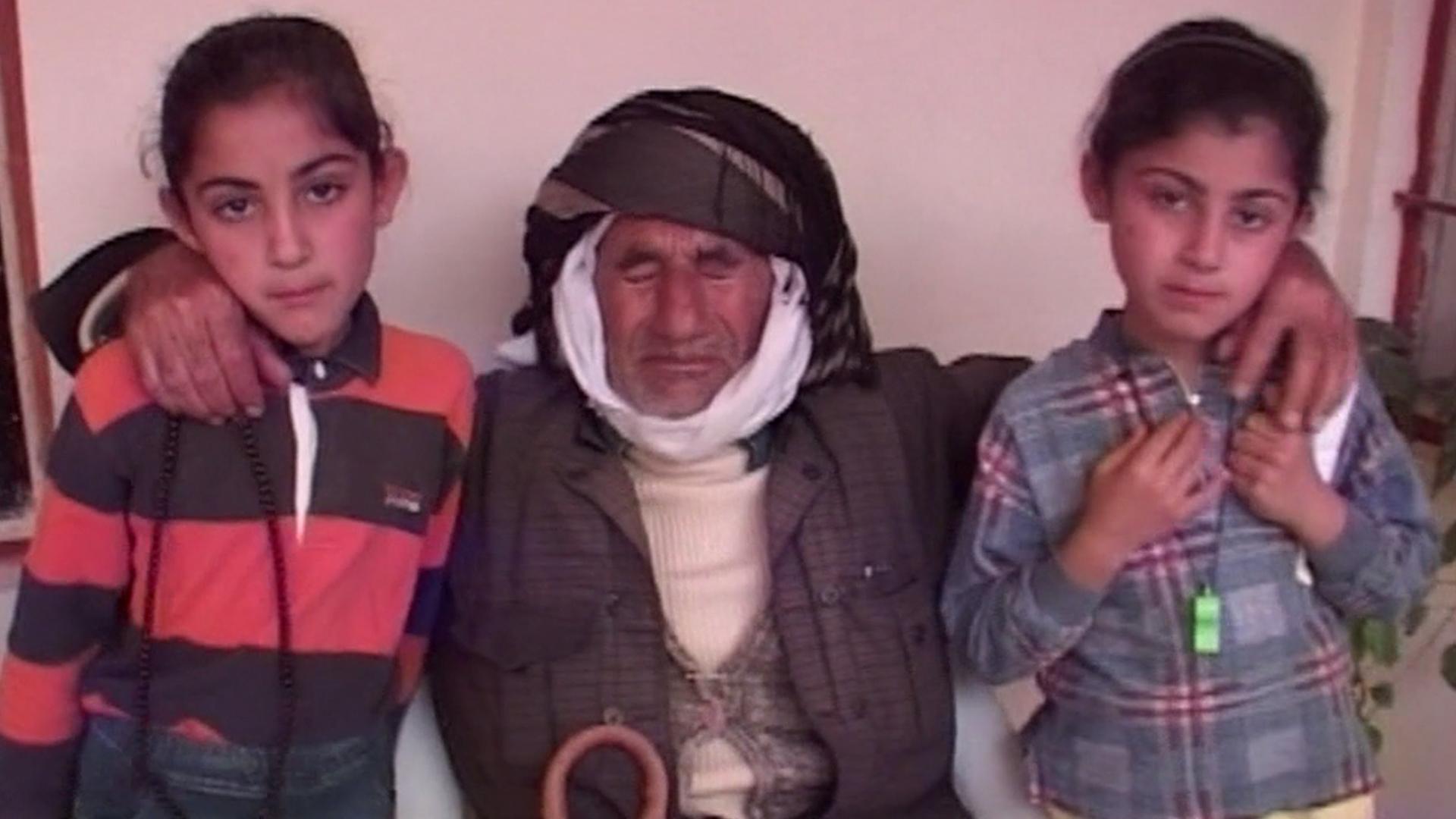 Kurds are now returning to claim back homes in Kirkuk they were forced to flee under Saddam. But the 'right of return' is inflaming ethnic divisions in the city.

Mayouf Sayid is now an old man, he was forced to flee his life in Kiruk 15 years ago "We're happy to be going back to our homes. Until now, it was like night for us. Now the day is dawning." He finds his house abandoned but still full of the memories of his murdered son. Mayouf finally breaks down in tears when his neighbour's daughters come to meet him for the first time - as he realises all he has missed... Over 100,000 Kurds were expelled from Kirkuk in a vicious campaign of ethnic cleansing. Now they are eagerly returning, trying to establish a new Kurdish led multi-ethnic administration in the city. However, Arabs claim Kurdish militia are terrorising their neighbourhood, looting homes and evicting people at will. The Turkmen population also claim they are being targeted by the new Kurdish led administration. "If the situation goes on, of course we'd like Turkey to enter Kirkuk," states Turkmen Community Leader Ali Jangezh. It's a situation Turkey is watching carefully. The Americans have brought in extra troops but they remain outmanned. As the Kurds deepen their control of the city, the Turkmens enlarge their own militia and the Arabs continue to hanker for Saddam's return. Will the oppressed now become the oppressor? Produced by SBS Australia.
FULL SYNOPSIS
TRANSCRIPT