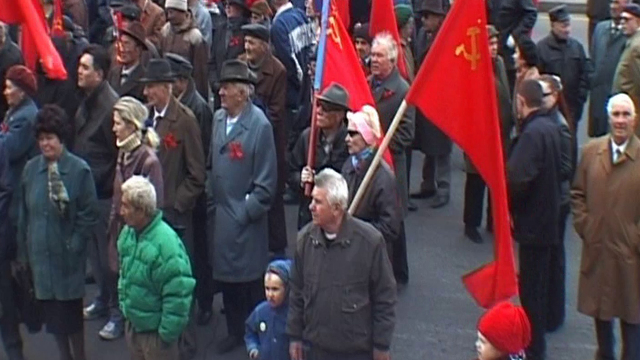 In the forests of southern Siberia, workers are still working as serfs in the Gulag, paying off North Korea's $3.8 billion Cold War debt.

Kim Sung Chol came to work at a North Korean Logging Camp in Siberia on a three-year 'contract'. He never received a single rouble. "They're like slaves," reports Russia's former Human Rights ombudsman, Sergei Kovalyov. Some 10,000 indentured North Korean workers are currently working in Siberian logging camps under the supervision of their country's security forces. Pyongyang pays approximately 90 per cent of its $50 million annual debt repayments to Russia in this way. While Russia eases its way into the Western fold, it is North Korean workers in the Siberian Gulag who are really footing the bill. Produced by Ben Christie.
FULL SYNOPSIS
TRANSCRIPT