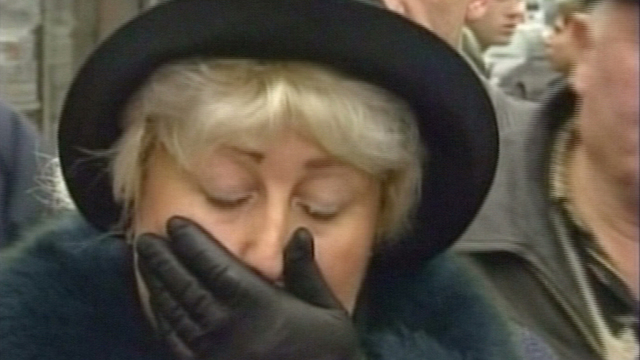 The Moscow Theatre Siege was used by Putin to demonstrate the danger posed by Chechen rebels. But now theories have emerged that the FSB may have planned it.

Before the siege, the campaign to have war crimes in Chechnya acknowledged looked like it might succeed. Former FSB officer Alexander Litvinenko believes that the Kremlin was so worried, it planned the siege to discredit Chechen rebels. Even now, many questions remain unanswered. How were 50 armed guerrillas able to enter Moscow undetected? Why were the sleeping rebels executed before they could be questioned? What happened to the two rebels who have since disappeared? Even Lord Judd, the Council of Europe's rapporteur for Chechnya admits: "I'm rather doubtful as to whether we will ever know what really happened." Produced by SBS Australia
FULL SYNOPSIS
TRANSCRIPT