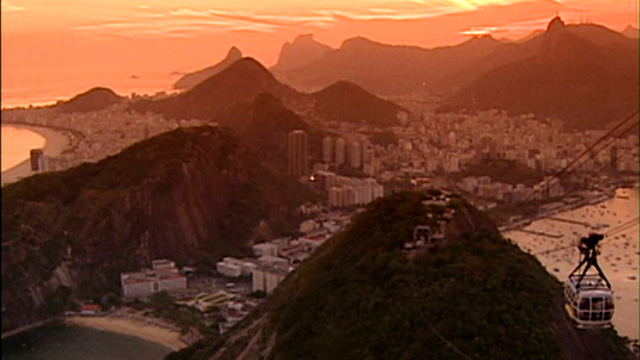 The violence spilling out of Brazil's slums or 'favelas' has made the country's two major cities more dangerous than most war zones.

Children in Rio de Janeiro are eight times more likely to die violently than those in the West Bank. "They live on a kill or be killed basis," states anthropologist Luke Dowdney, who has spent five years studying the favelas. "If they don't kill someone when they're told to, they will be killed." The favelas have become no-go zones for the police. "We are always well armed, waiting for them," boasts 18 year old JN, gang leader in the infamous 'City of God'. He became a drugs trafficker at 10 and has been responsible for the deaths of numerous people. However, there is hope that President Lula will be able to halt the violence. Produced by ABC Australia
FULL SYNOPSIS
TRANSCRIPT