The Solomon Islands: A Failed State? 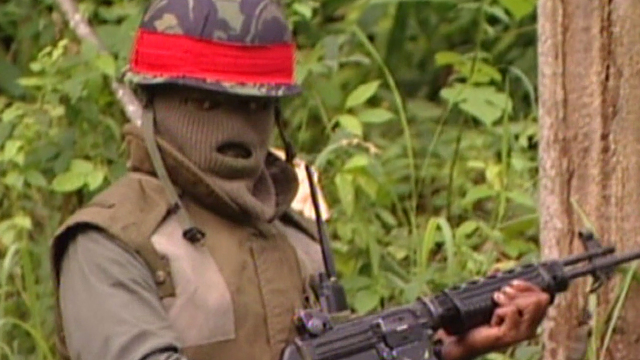 Law and order has completely broken down in the Solomon Islands. Murders go unpunished and the government is being held to ransom by police gunmen.

A virtual civil war erupted throughout the islands two years ago when militants from rival ethnic groups took up arms. In a peace deal, militants were made Special Constables but now their money has dried up and gangsters rule. The country is virtually bankrupt. Funded by EU money, a British Policeman has been brought in to restore order after the last Commissioner was murdered. A UN style administration has also been suggested to police and finance the nation for 10 years. The plan has support from the Governor-General: "I have read it and my position is that if that can happen then it's a way forward to assist the Solomon Islands." The failure of the government in the Solomon Islands has ramifications for the whole region. The worry is that terrorists could target this failed state to regroup and launch another attack in the region. Produced by ABC Australia.
FULL SYNOPSIS
TRANSCRIPT