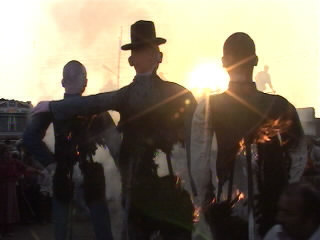 Warren Anderson, the man many people consider to be responsible for the world's worst industrial tragedy, continues to defy attempts to hold him accountable.

In December 1984 a toxic gas cloud from the Union Carbide plant in Bhopal silently enveloped the surrounding city. The gas ate away at victims' lungs and throats, causing the deaths of up to 10,000 people. "People were begging to die. They didn't want to live," recalls survivor Rashida Bi. Even now 150,000 people are chronically affected. They blame Union Carbide's former CEO, Warren Anderson, for their suffering and want him to stand trial in India. "It's not revenge. It's to show the world that someone like him cannot get off scot-free," explains Bi. They are angry that none of the plant's safety systems were working on the night of the accident and countless safety warnings were ignored. Anderson was arrested on charges of culpable homicide but was later released on bail and allowed to leave India. He has never returned. His friends claim he is being persecuted for who he is, not what he did. But if the Chief Executive can't be held responsible, who can?
FULL SYNOPSIS
TRANSCRIPT