In Bed With the TNI 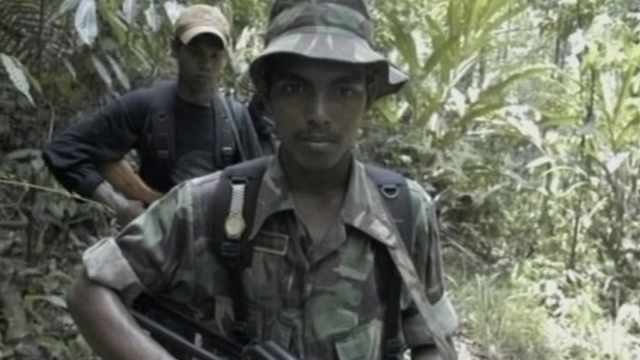 Indonesia has learnt from the American experience in Iraq and is relying on ‘embedded’ reporters to ensure that the war in Aceh is favourably portrayed.

A woman wails in despair, hardly able to comprehend what has happened. A few feet away is her brother. He has been stripped, tied to a tree and had his throat slit. The army claims that the Aceh partisans, GAM, were behind the horrific murder but all the signs point to a military attack. However, none of the journalists present will be able to question the official line. After four days in boot camp they know better than to criticise the army. “Only military rules apply from now on,” barks their military officer: “If it sounds authoritarian, that’s because it is.” Reporters have been ordered to produce patriotic journalism and a new set of guidelines have been issued for reporting the war. It is now illegal to quote GAM, report anything which may give a positive impression of rebels or a negative impression of the war. There is also an unofficial ban on foreign journalists travelling to Aceh. The army does not even attempt to disguise its contempt for the American photo journalist who travelled with the rebels. The army’s chief of staff allege that he could be a spy – a charge which carries the death penalty. However, some reporters are worried about the implications of this new style of reporting: “It’s as if we have taken sides with the Indonesian army by being embedded journalists.” Produced by SBS Australia.
FULL SYNOPSIS
TRANSCRIPT