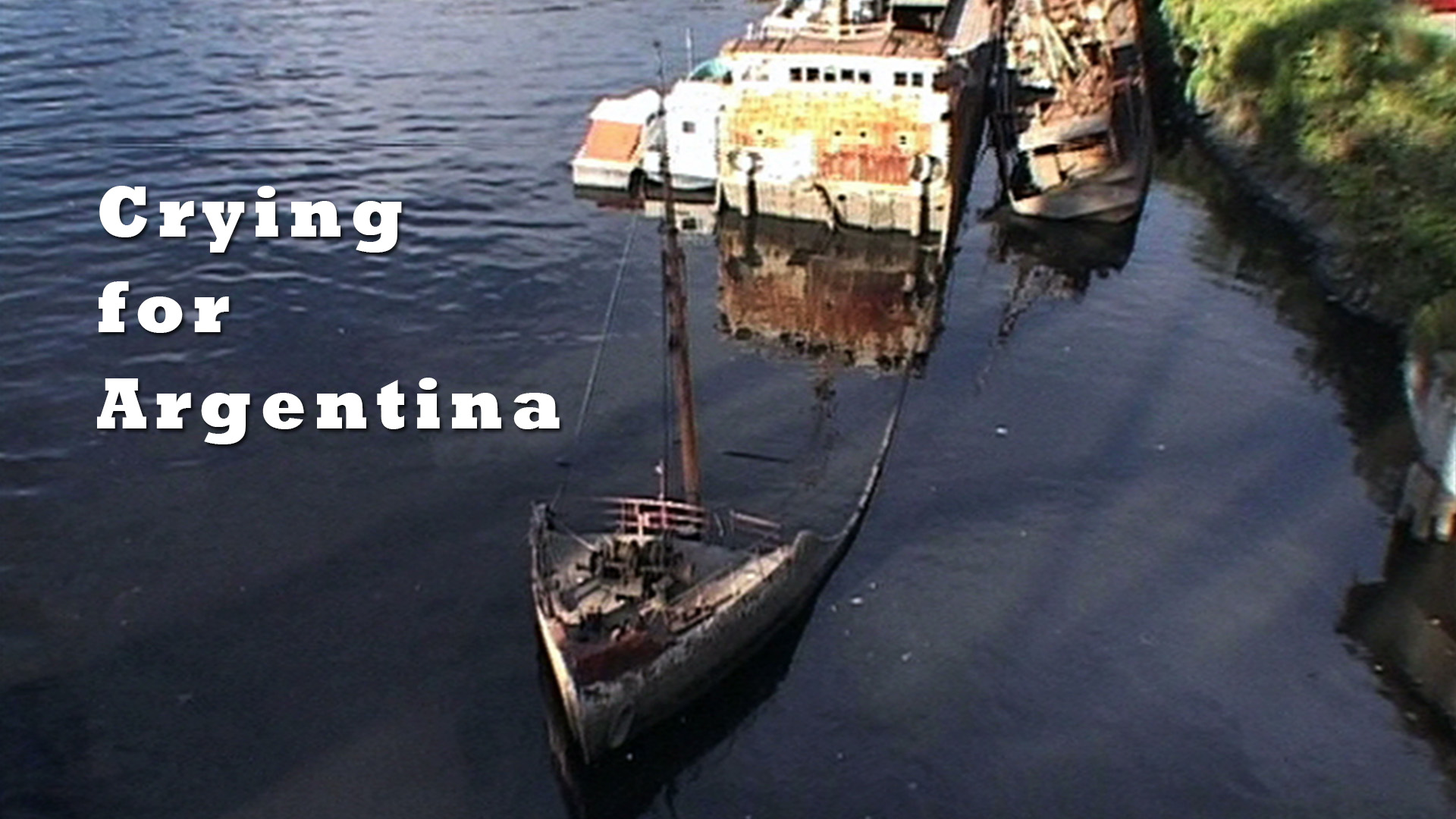 Argentina was once one of the richest countries in the world - so prosperous that people emigrated to it from Europe. Now, as everyone knows, its economy has imploded. But in the new Argentina, the little men are uniting to regain the economy for themselves. People have united together like never before. Factories have been taken over by the workers; senior administrative positions have been scrapped. Where the IMF and globalisation have spectacularly failed, a return to small scale interests might just be the saving grace for the fallen nation. A street level look at how people are trying to patch together their lives.

Along Buenos Aires' once bustling dockside an ex ship worker walks among the skeletons of a long dead industry. "This is what happens when the government pegs our currency to a strong dollar," he laments "abandoned boats, closed companies and no future." In a vast container park, a few East Asian containers have replaced the local ones. Any Argentinean produce have been priced out of the range for anyone in Argentina. The story is the same across the country. Factories have been forced to close; savings have been frozen. Popular opinion lays the blame squarely at global greed. "These multinationals have entered and destroyed our economy - the economy that employed many Argentines," complains Liliana Galeano. Argentinean industry was handed over to the global market without any form of protection. Now the country hardly produces anything. "Our political leaders have failed us at every level," agrees another woman. The human cost of these policies is all too apparent. Poverty and malnutrition have skyrocketed. Alicia Belardinelli's husband suffered a stroke when his employers threatened to lay him off. "Now he is half paralysed. He cannot walk. He cannot do anything. We have no money for the medical bills, transport or rehabilitation." Her neighbours all have similar problems. "Sometimes I do not eat anything so that I can give my family something to eat," confides one grandmother. "What else can I do?" With the spectacular crash of conventional economics, power has reverted to the workers. The increasing poverty and social unrest has triggered a wave of social movements and co-operatives. People are refusing to live by the IMF's rules anymore. When their metallurgic factory was closed in 2000, employees used their severance pay to set up a new company. "In the beginning we earned hardly anything," recalls Omar Pucciciana, "then 10 euros per week, then 15, 25 and now 40 euros per week. And that will go up even more." Other employees have seized the machines of companies that have gone into liquidation and used it to continue working. There have even been land reclamations. Five years ago Liliana Galeano reclaimed a section of land on which her small commune built 160 houses. They have had to take care of the water, electricity and have even built a bakery. The community has provided a vital social support for other unemployed workers. "Since I have become unemployed I have gotten to know many other unemployed," states one man. "This has helped me a great deal." "I did not know about these sorts of social movements," demurs Hugo Allala. "A month later I helped block the road for the first time." These burgeoning political movements are still too weak to turn the tide. However, they are a sign that Argentineans are taking charge of their own future and fighting back for the right to work. A well made documentary that shows us the reality of life in today's Argentina. Producer: Jessie Van Couwenberghe
IIWE