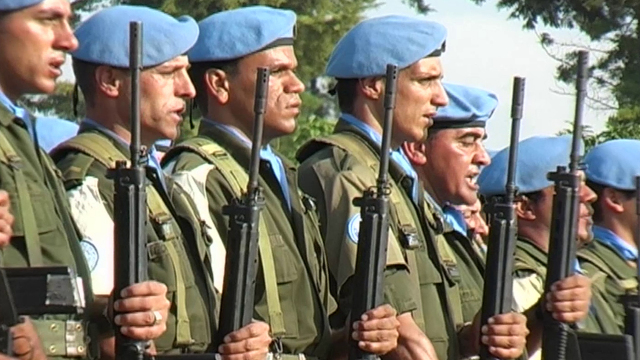 How did 500 people in Bunia come to be massacred, and thousands more displaced, whilst under the protection of UN Peacekeepers?

The streets of Bunia are littered with freshly dug graves – a haunting reminder of events this May. As part of the UN sponsored peace process, 7,000 Ugandan soldiers, who previously maintained order in the Bunia, were replaced by 400 peacekeepers. “When we pull out, there’s nobody who is going to protect the people,” warned the departing Ugandan Commander: “There’s going to be a bloodbath.” As predicted, militia took advantage of the power vacuum and attacked the town. Their enemies retaliated. Thousands sought refuge with the UN. “Women and children were trying to crawl into the UN compound through the barbed wire,” recalls journalist Samson Mulugeta. Somehow, the UN managed to protect 17,000 civilians in their camps. But they were unable to prevent massacres in the city: “If you were just a few feet from the compound you were on your own … The UN was not going to come to your rescue.” states Mulugata. Babies had their throats cuts and civilians were hacked to pieces. The UN only had a mandate to use force in self-defence. Eyewitnesses claim that they abandoned this position and shot militia who were attacking the camps. A multinational force with a stronger mandate is now attempting to restore order. But rebels still remain powerful and incidents like this are continuing. Produced by SBS Australia.
FULL SYNOPSIS
TRANSCRIPT