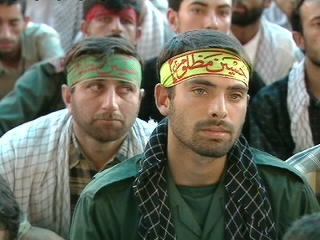 After decades of repression, students in Iran are taking to the streets to demand a more liberal government.

The streets in Tehran throng with protestors. "The government does nothing for us," complains one woman. "It is only concerned with American politics!" The protests started in opposition to Government plans to privatise the universities, but exploded into general dissatisfaction with the ultra conservative and oppressive leaders. Despite the closed ears of the Mullahs, students and journalists continue to press for reform, but at great risk to their liberty
FULL SYNOPSIS
TRANSCRIPT