Workers attempt to protest in China 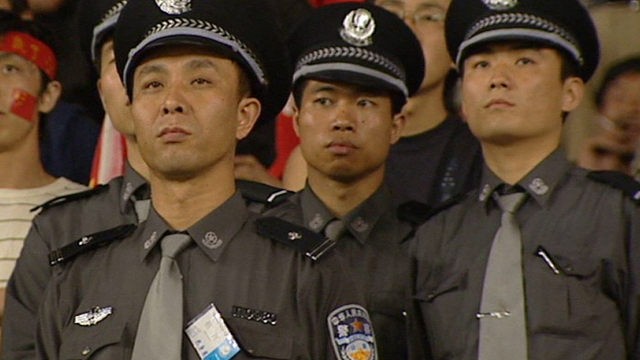 Angry workers in China are defying government orders and taking to the streets to protest about mass redundancies and corruption.

In the People’s Republic of China, every expression of discontent is viewed as a serious threat by the government. Strikes and independent trade unions are banned and those who dare to speak out are ruthlessly targeted. However, with over 100 million peasants unemployed and 10 million state workers losing their jobs every year, anger is growing in the work force. “The people are not satisfied with this society – with this country,” explains resident Wang Li. Workers are angry that corrupt bosses are siphoning off company profits while employees live in squalor. “More and more workers are taking to the streets in protest because there is no proper way for them to express their unhappiness,” states labour activist Han Dong Fang. Last year, up to 30,000 people picketed a factory every day for three months to complain about large-scale redundancies. Similar protests have broken out all over China. But the press are forbidden to report these protests and foreign journalists arrested if they try to film them. The Communists are banking on capitalism to save them and hoping that the new economy will create more jobs to quell the discontent. China knows only too well the danger of a workers’ revolution. Produced by ABC Australia.
FULL SYNOPSIS
TRANSCRIPT