Who Murdered an American Teacher in West Papua? 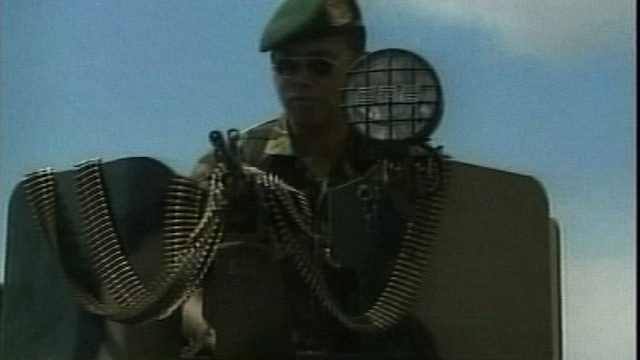 The Indonesian army's implication in the murder of two Americans in West Papua last year continues to cast a long shadow over the White House's relationship with Jakarta.

The ambush in West Papua last year made headlines all over the world. The local police's investigation suggested that the military may well have been culpable for the attack. However the army was allowed to investigate these allegations themselves. Unsurprisingly, they quickly cleared themselves of any wrongdoing and blamed the assault on separatist rebels. However, American politicians are now pushing for a more thorough enquiry. "Real partners in the fight against terrorism do not murder American citizens," argues Senator Feingold. America was poised to give Indonesia funds for military training but this grant was blocked following protests from victim Patsy Spier. The hope is that by making a stand like this Indonesia will be encouraged to reopen the investigation. Produced by SBS Australia
FULL SYNOPSIS
TRANSCRIPT