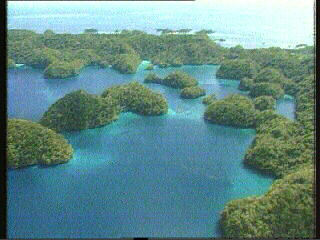 A look into the challenges that Palau faces in creating a self-sufficient economy.

Palau gained independence from the US in 1994. Its economy is growing, but its two main industries face a similar; tourism, while providing jobs, is damaging the natural beauty of Palau, especially its famous reef, and the fishing industry is struggling due to overfishing in the area. The environment is suffering severely and the number one underwater wonder of the worlds not going to be that way for much longer at the rate things are going", says marine biologist Bob Johannes. ABC Australia reports from a country stuck between economic development and conservation. Produced by ABC Australia
FULL SYNOPSIS
TRANSCRIPT