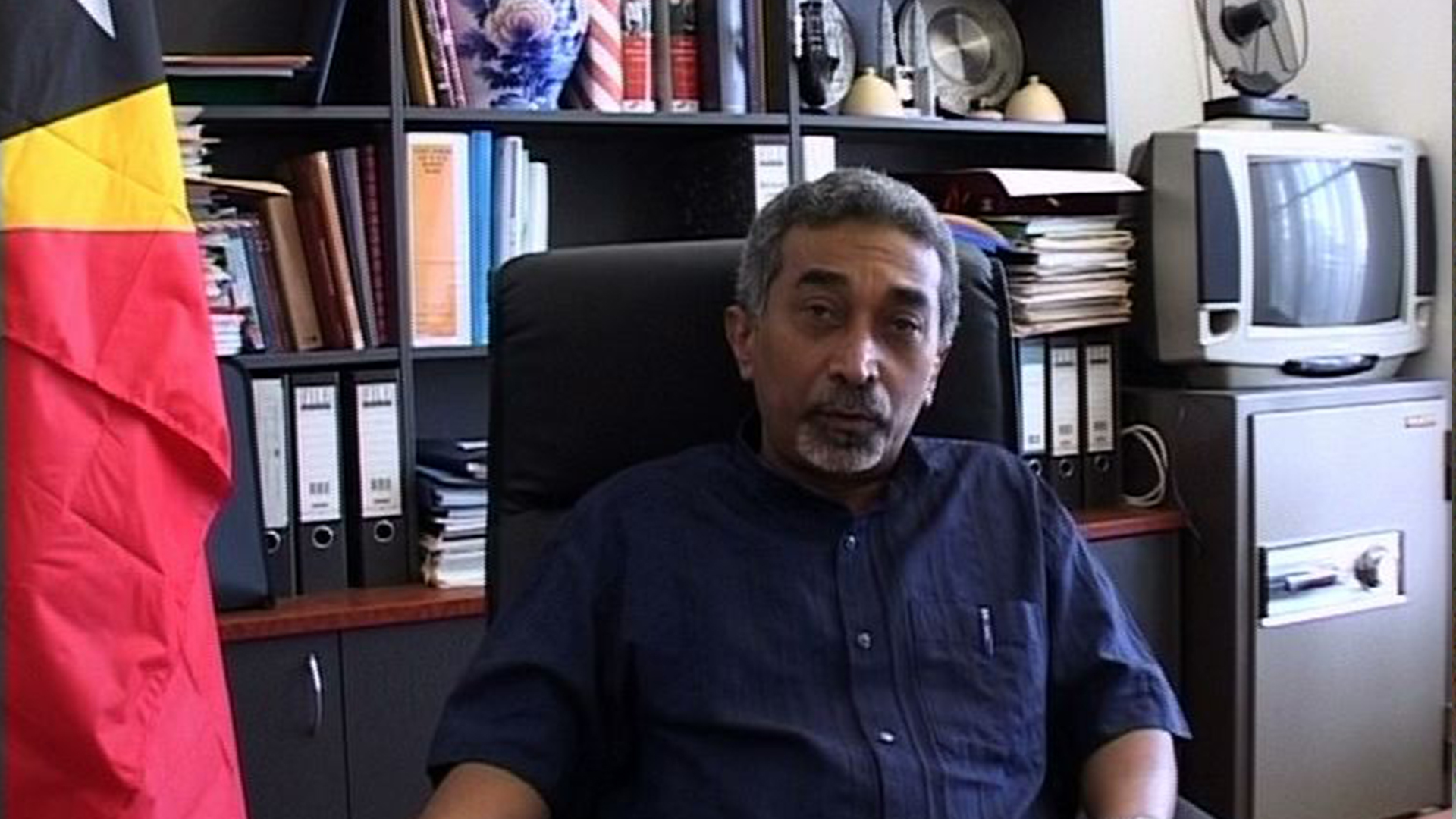 "We fought 24 years for an independent country and we are still fighting," declares Prime Minister Mari Alkatiri. "Independence means sovereignty for all our resources." Alkatiri has the difficult task of overseeing his country's reconstruction. His critics portray him as an dangerous communist and condemn him for his protectionist policies. They advocate fast-track development, funded by loans from the World Bank. However, Alkatiri is reluctant to mortgage his country's future. Nevertheless, the gap between Alkatiri and his political opponents is growing. There are constant rumours of a military coup and a petition is circling within his political party, Fretilin, to remove him. Produced by SBS Australia.
FULL SYNOPSIS
TRANSCRIPT