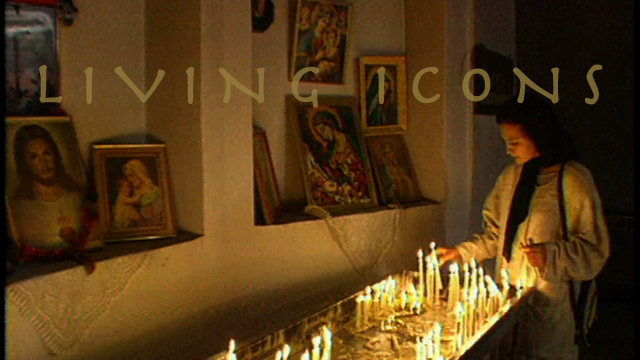 Beirut filmmaker Dimitri Khodr set out to Tehran to discover how Christians live in a fiercely Islamic state. His trail for clues leads him on a poetic and moving journey across the country to unearth the testimonies of the 175,000 Christians who still live in Iran. This week's documentary offers a glimpse at different side of Iran's inhabitants. Whilst some have completely acclimatised to their situation, others feel that they live in permanent exile.

Father Pierre Hamblo is a French priest in Tehran. He has gained Iranian nationality since the revolution and is positive that Iran can encompass a multi-cultural society. "Anyone would suppose that Iran is a beard, a chador and a machine gun, but this is a totally falsified image." He does however admit that Christians are marginalized by the all-embracing Islamic laws. "Since the revolution, only Islamic laws exist, applicable to everyone, defining their everyday life". Both Armenian and Chaldean Assyrian Christians have been living in Iran since the early centuries A.D. But since 1979, half of them have emigrated towards the west. For those remaining, adaptability is the key to their acceptance in society. Petrossian plays for the Iranian National team, he is the only Armenian to do so. He wins points with the crowd as he scores goals on the pitch. Yet he admits that he remains an outsider. The younger generation face the constant dilemma of whether to leave for their ancestral homeland or whether to stay in Iran in their birthplace and workplace. "I am inclined to adapt myself to Iranian laws with conviction," says Armenian Rima, but her brother is not so sure. He is frustrated that the constricting Muslim laws have made it so difficult for him to have open relationships with women. Many Christians follow codes of conduct similar to those of their Islamic neighbours. Mr Jonathon, an Assyrian Christian, leads a life of abstinence and moderation. He sent two of his sons to fight in the Iran/Iraq war. When one of them died he was offered compensation from the Institution of Martyrs. "There is no discrimination between Christians, Muslims or Armenians," he proclaims. He believes that they are all religious martyrs and much of his ideology remains compatible with Islamic law. But whilst Armenians and Assyrians are willing to work in and for Iran, they must face the reality that they will never be given the best positions. Mr Jonathon's surviving sons endure the sad fact that they cannot marry. They don't have the financial resources to do so. They have little incentive to stay. "If I had a truck, I would have left a long time ago" laments his son, Nixon. Dimitri leaves Tehran for the beautiful city of Isaphan where the buildings evoke a far eastern Christian tradition. There he meets the Bishop Papayian who believes that the Christian faith holds it's own place in Iran. " We are a native church, we are not trying to convert Muslims, we are not missionaries or reformers." In this sense, the Christians and Muslims of Isaphan mutually respect each other's faiths. Christian iconography appears mixed in Muslim environments. Visiting the towns of Ourmeih and Karakliss reinforces the dramatic changes that the Christian community has undergone. Ultimately, the steady depopulation in these regions has left the Assyrians and Armenians marginalized and fragile. The vast, ancient churches are emptied of their congregations. Their presence testifies to a strong Christian civilization in what is now one of the world most theocratic states. JOIN THE DISCUSSION produced by Dimitri Khodr.
FULL SYNOPSIS