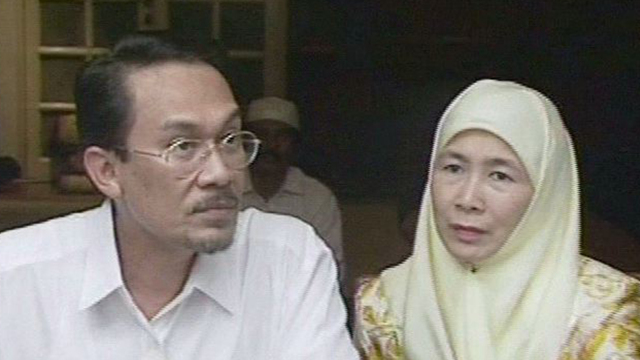 There are increasing concerns that Malaysia is being used to channel funding to terrorist groups.

When Deputy President Anwar Ibrahim was first accused of being linked with terrorism few people believed the claims. But American counter-terrorism experts took the accusations very seriously. They uncovered documents linking him to several companies which were believed to be fronts for terrorist groups. The more the investigators uncovered, the more they became concerned about Malaysia's role in funding terrorism. "We know that Hambali was associated with Malaysia, and that a lot of Al Qaeda leaders are coming from Malaysia," states expert Rita Kanz. Experts were also puzzled by Malaysia's decision to grant Bin Laden's financier Sheik Yassin permanent residency, after he was named as a terrorist by a string of countries. Malaysia's commitment to fighting terrorism is starting to look a little shaky.
FULL SYNOPSIS
TRANSCRIPT